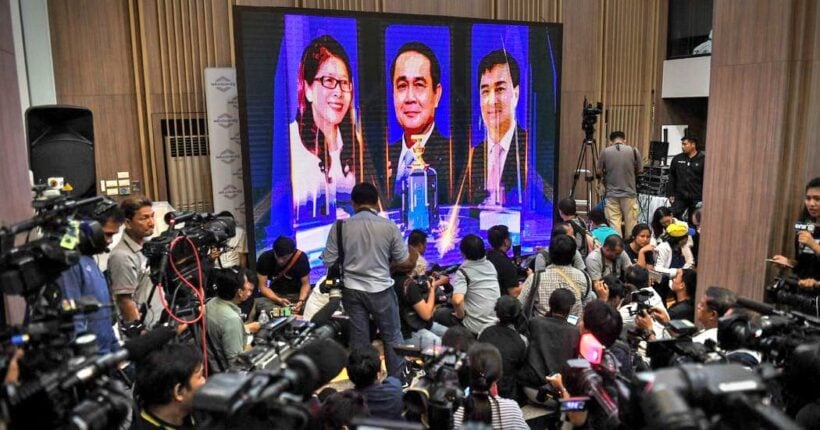 The Election Commission, acting on increased pressure from a number of political and NGO complaints, has released the general election popular vote count, saying the pro-junta Phalang Pracharat won the most popular votes at over 8.4 million, while Pheu Thai came second with 7.9 million votes.

This afternoon’s media conference came as a surprise as the EC had been dodging a release of updated voting figures.

For seats in the lower house, based on the 95% count of votes….

There is another 150 seats to be announced.

The final announcement of the winners of all constituency seats in the lower house won’t be, according to their recent announcements, until May 9.

The EC reports that the turnout rate was 74.7%. Of more than 51 million registered voters, 38.2 million took part in the election.

Over 2.1 million ballots or 5.5 per cent were deemed invalid, according to the EC.