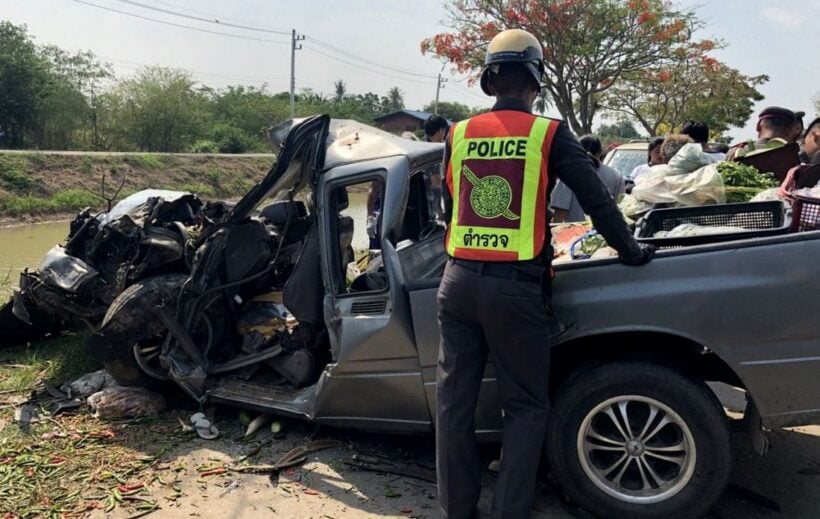 There has been 1,665 traffic accidents, with 174 deaths and 1,728 people injured in the first three days of the Songkran ‘seven days of danger’ (Thursday, Friday, Saturday). This equates to a significant drop from the 2018 road toll and lower even than Thailand’s average daily road deaths throughout the year.

According to the WHO an average 66 people die on Thailand’s roads each day.

The Road Safety Directing Centre’s numbers cover the period from April 11 to 13. The first three days show a drop of 17.1% in road deaths. Injuries are down 9.5%.

Drink-driving remains the most common cause of accidents in the three-day period at 38.1%, then speeding at 27.5%. Motorcycles were involved in 79.7% of the accidents.

Police pulled over 2.62 million vehicles for breath tests and other checks at nationwide checkpoints, 15.1% more than during the same period last year.