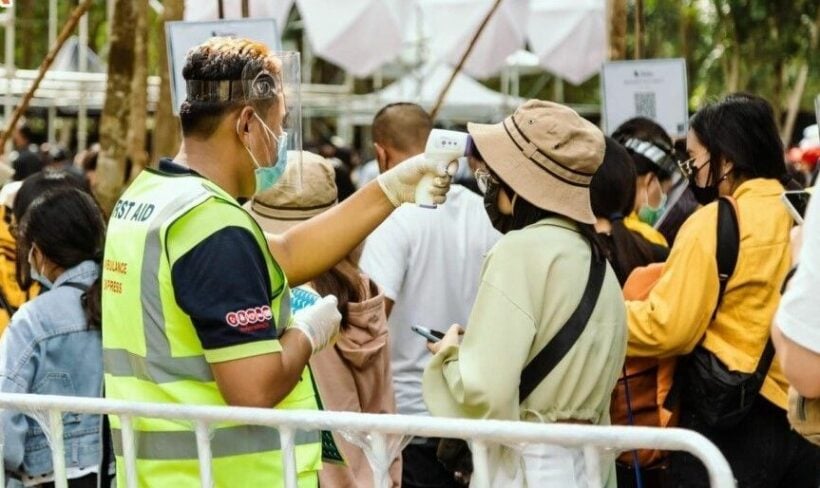 Social media users are accusing officials of shutting down a music festival in the north-eastern province of Nakhon Ratchasima due to its pro-democracy content. The claims follow a statement from governor Wichian Chantaranothai, who says the festival was terminated early due to Covid-19 risks. He accuses organisers of failing to implement adequate preventative measures, saying there was no limit on numbers and many concert-goers were not wearing masks, while shouting and singing in the crowd.

However, Nation Thailand reports that, in the aftermath of the festival’s closure, netizens went online to share video footage of the three-fingered salute, yellow rubber ducks, the singing of protest songs, and a pretend “corpse” representing activists deemed to have been forcibly “disappeared”. Those posting the content accuse officials of using Covid-19 as an excuse to put an end to the festival over its pro-democracy nature.

However, other users had posted photos of long queues and overcrowding over the weekend, calling for the festival to be stopped. Opas Karnkawinpong from the Disease Control Department says inspections at the site showed overcrowding in front of stages, with many not wearing face masks. He says organisers were asked to address the issues but did not respond. Governor Wichian says the lack of response prompted the early closure of the event.

Meanwhile, a 43 year old woman who attended the festival has tested negative for the virus, after being hospitalised with a fever and chest infection. 7 friends who travelled with her have also tested negative.