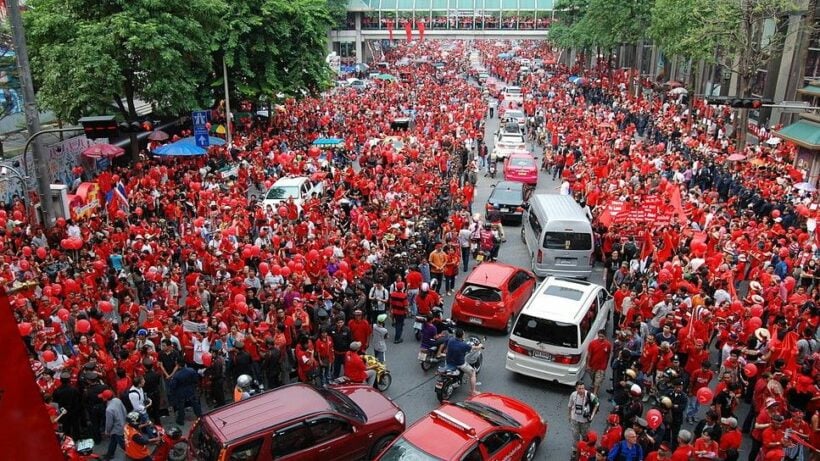 Former members of the now defunct Future Forward party say they are responsible for projecting a political slogan on to some of Bangkok’s most iconic landmarks Sunday night, and say more’s to come.

Coconuts reports that the political figures, now members of a group called “Progressive Movement,” shared a video of activists using projection equipment from within a van. The group says it plans to release information related to a bloody government crackdown that ended political protests in 2010.

On Sunday, the slogan Seek the Truth was projected onto several monuments and buildings in Bangkok, all scenes of bloody clashes during political protests in 2010. They included the Democracy Monument, the BTS Victory Monument station, and a temple, Wat Pathum Wanaram, where 6 people seeking refuge were allegedly killed by government soldiers. 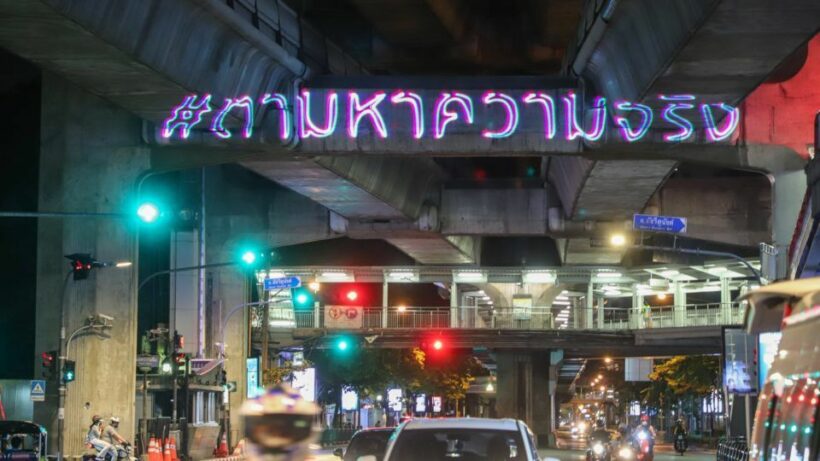 Prominent members of the Future Forward Party, including its leader Thanathorn Juangroongruangkit, have been banned from politics for 10 years, after the party was dissolved by the Constitutional Court in February. One former member, Pannika Wanich, now a founding member of the new Progressive Thai party, has warned that Sunday night’s activism is just the beginning. The group has promised that between now and May 20, it will release more information about the government action that ended the 2010 protests.

Between March and May that year, over 100,000 demonstrators, supporters of former PM Thaksin Shinawatra, descended on the capital, demanding elections. Known as the “redshirts,” their supporters claim they protested peacefully, while opponents claim they were paid to flood into the city and cause mayhem and chaos.

The protests came to an end in May, with a bloody crackdown that saw nearly 100 people killed. The vast majority were civilians, but a Japanese journalist and five soldiers also died.