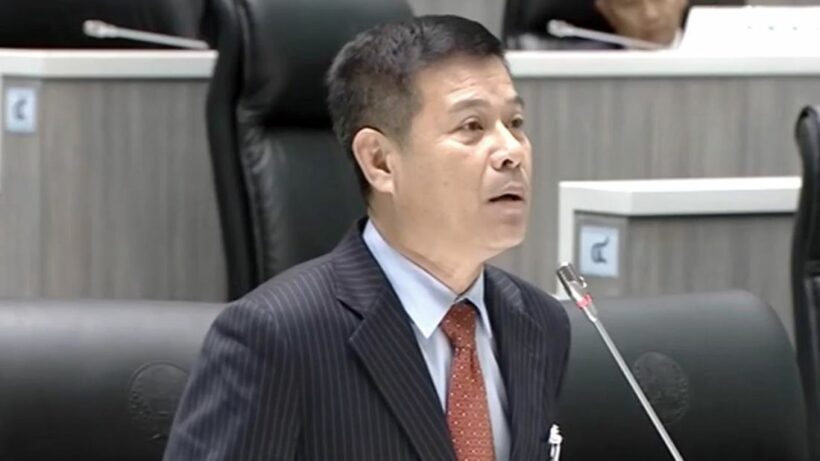 “Nawat’s request for bail pending an appeal was refused. He was jailed immediately. Once bail was denied, he lost his status as an MP as per Sections 101 and 98 (6) of the Constitution.”

A Pheu Thai MP for Khon Kaen in the north-east yesterday sentenced to death by the provincial court after being found guilty of masterminding the murder of an official at the Khon Kaen Or Bor Tor six years ago.

The court ruled that the case was proven that 52 year old Nawat Tohcharoensuk arranged for the murder of 53 year old Suchart Kotethum in front of the victim’s home in the Chomphon housing estate in the main city area of Khon Kaen back on May 3, 2013. The estate is also where the provincial governor and other leading officials lived.

The victim was shot eight times with a 9mm semi-automatic handgun and a .38 calibre revolver. Police suspected a love triangle as the motive behind his killing.

Four men, including two police officers, were arrested and prosecuted over the murder. Two of the defendants, Pol Lt-Col Somchit Kaewprom, former deputy superintendent of Nong Rua district police, and Pol Senior Sgt-Maj Veerasak Chamnanphon of Nong Rua police station, were sentenced to life imprisonment and 37 years respective. The other two defendants were acquitted by the Khon Kaen provincial court.

On appeal the lower court’s verdict was overturned by sentencing all the four defendants to death, but commuted the sentence of all but Pol Lt-Col Somchit to life imprisonment.

The Pheu Thai MP Nawat Tohcharoensuk was later arrested and tried separately. He denied all the charges.

After the reading of the verdict, the Pheu Thai MP was taken to the detention cell on the first floor of the provincial court building while his lawyers placed a surety to request bail for their client. The lawyers said they would appeal against the verdict. Nawat’s bail was refused and was incarcerated immediately as his appeal progresses.

Nawath also made news headline on September 10 when he allegedly slapped the head of a fellow MP from Maha Sarakham province, Yutthapong Charatsathien, while his two henchmen held the victim. The incident took place in the office of party leader Sompong Amornvivat at the party’s head office. Yutthapong later filed a complaint with Makkasan police.