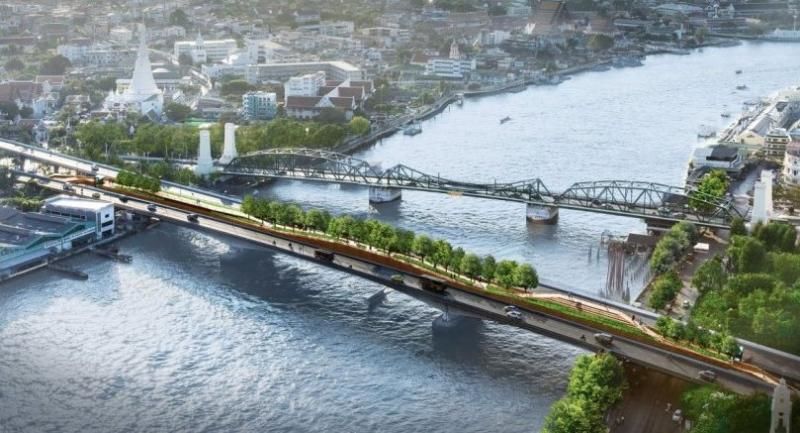 Bangkok now has an elevated garden overlooking the Chao Phraya River, after architects transformed a portion of an abandoned electric train project into a green pedestrian bridge. For 30 years, the unfinished Saphan Phut line stood as a reminder of the Lavalin Skytrain project, which was abandoned in 1992.

The project began in 1984 under former PM Prem Tinsulanonda. Today its beams and pillars have been given a new lease on life as the support structures of the Chao Phraya Skypark, dubbed “Southeast Asia’s first mid-river garden and observation point.”

Bangkok’s governor says the park is expected to be unveiled at the end of the month with PM Prayut Chan-o-cha presiding over the opening ceremony. No date has been set for its official opening.

The project’s management team says the sky park is part of a pilot campaign to preserve the cultural heritage of communities in metropolitan Bangkok’s Kadijeen and Klong San areas. The abandoned train project has no historical or cultural value, but the green pedestrian bridge links the communities on both sides of the Chao Phraya River.

The Bangkok Metropolitan Administration Department of City Planning and Urban Development commissioned Chulalongkorn University’s Urban Design and Development Centre to design the park. In March last year, the department contracted a company to build the project, which has now been completed and is ready for its inauguration.

The green pedestrian bridge connects the King Prajadhipok Park at the Phra Nakhon side of the river with the Chaloem Phrakiat Forest Park in Thonburi.

The elevated section is 8.5 metres wide and 280 metres long. It’s situated between traffic lanes on the Phra Pok Klao Bridge and features a garden surrounding a point overlooking the Chao Phraya river and leisure spots. Cycling is banned on the path, but people will be allowed to dismount and walk their bicycles.

The UDDC’s director says the garden bridge concept has been an inspiration for architects since the 19th century. Similar projects have been mooted including not only London’s Garden Bridge but at Pier 55 in New York.

“We wanted to create an alternative for the over-the-river commute. People can enjoy a relaxing walk, which can improve the quality of life of urban residents.” 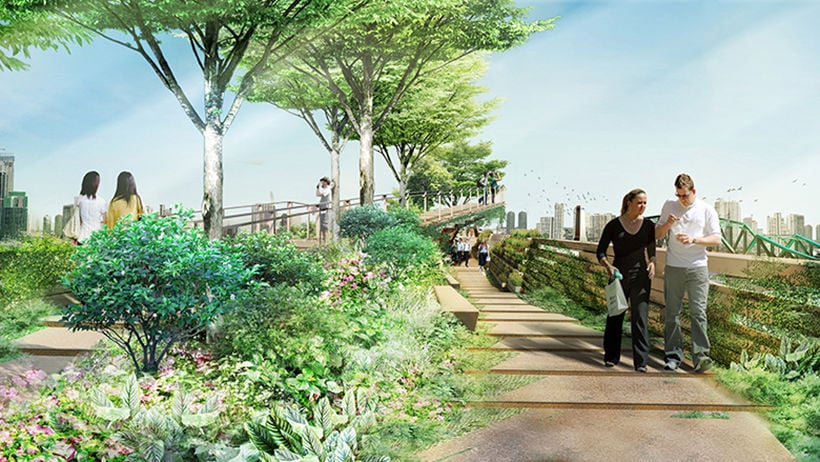