The birth of more than 200 green turtles has brought some much-needed joy to staff at one of Thailand’s top hotels on Koh Samui.

Between April 4 and 24, three nests hatched on the secluded beach at Banyan Tree Samui resort, and a total of around 200 baby turtles emerged under the watchful gaze of the hotel’s resident marine biologist, Thepsuda Loyjiw.

Staff at the hotel made the discovery of nests on the beach in front of the hotel early in March.

Since a giant mother turtle laid the eggs on the beach, they’ve matured in the protective custody of Loyjiw’s team and the local Department of Marine and Coastal Resources.

“It was heartwarming to watch the baby turtles being born, and then scurrying to the sea.”

“Ever since the mother turtle laid her eggs on our beach, we have been protecting them from predators such as birds and monitor lizards, and gauging the temperature of the eggs to make sure the hatchlings would be given every chance of survival.” 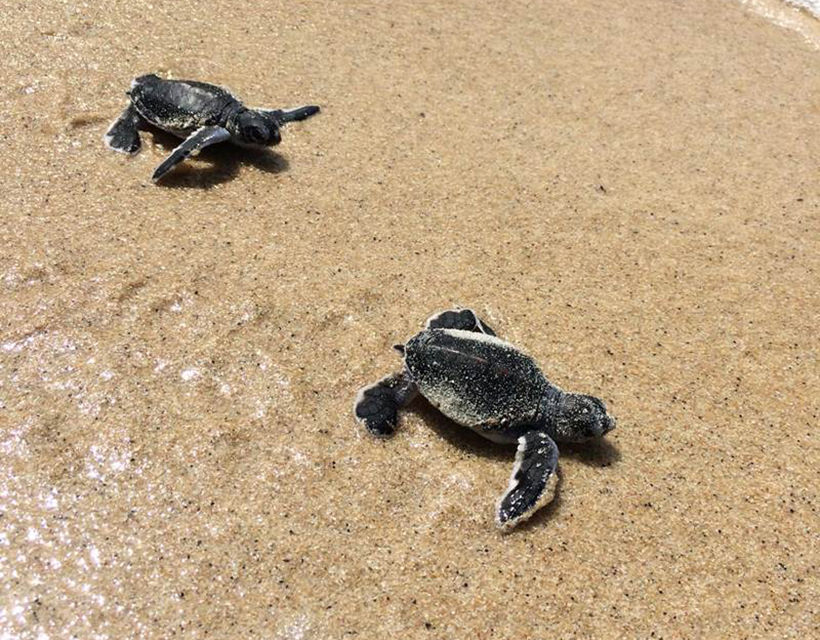 It appears that this mother turtle was in luck, because not only does Banyan Tree Samui employ a sustainability team headed by a marine biologist, but the 5-star hotel was singled out last year by global watchdog EarthCheck as meeting the highest standards for environmentalism in the country.

When fully grown, green sea turtles generally weigh between 110 and 180 kilogram and measure about one metre in length. It is rare in Thailand for a giant green turtle (Chelonia mydas) to lay eggs so close to a tourist area; most seek out deserted bays in the Andaman Sea to make nests. However, since the onset of Covid-19, hotels on Koh Samui have been ordered to close, bringing the popular tropical island to a standstill.

Several recent news reports have noted that marine life and wildlife have regenerated on many of Thailand’s most popular tourist destinations since the coronavirus crisis began. Nests of rare leatherback turtles have been discovered on Phuket, and an increasing number of dugongs has been spotted close to Thai shores.

Banyan Tree Samui is located at the southeastern tip of Koh Samui in the Gulf of Thailand. The resort’s beach is sheltered in a cove, flanked by coral reefs, and isolated from the busy public beaches of Chaweng and Lamai. 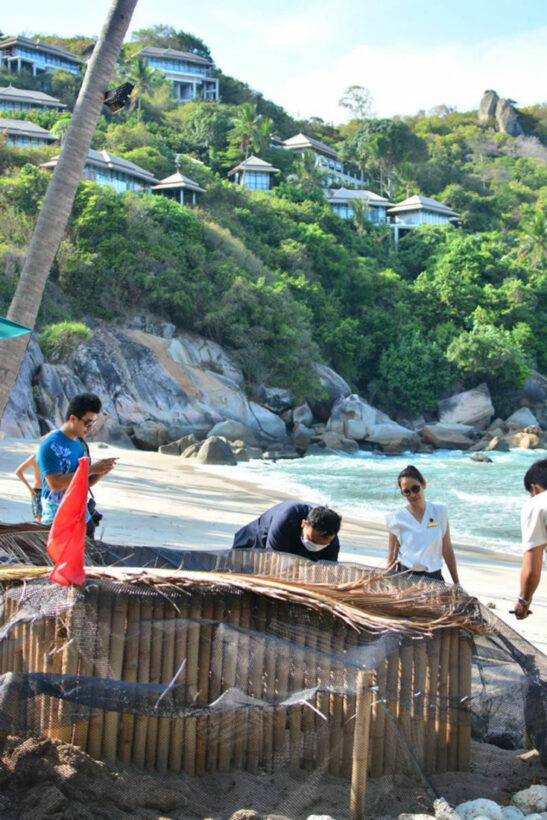 Thai Health Minister pushes ahead with ban on harmful pesticides