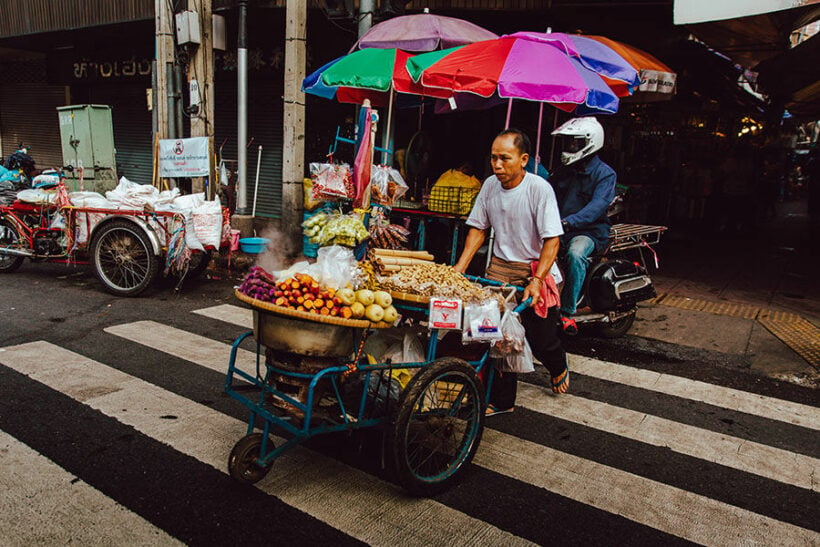 Leading academics from Malaysia and Thailand say the outbreak of the Covid-19 virus will only exacerbate the substantial wealth inequalities in Thailand, a country where so many citizens are already at a significant economic disadvantage.

Writing in The Diplomat, M Niaz Asadullah from the University of Malaya and Ruttiya Bhula-or from Chulalongkorn University in Bangkok, say the collapse in tourism as a result of Covid-19 could not have come at a worse time as Thailand’s bruised economy was already limping along. Predictions from both the government and the International Monetary Fund seem to confirm that the economy may come off worst in the entire ASEAN region.

While no sector of society has been left untouched by the global pandemic, it’s the small traders and those who live hand-to-mouth who are being hit hardest. In tourist hot spots like Phuket, Pattaya and Chiang Mai, tuk tuk drivers and street sellers are out of work, with no indication of when that will change.

Thailand was never a shining example of economic equality prior to this, with a 2018 report by Credit Suisse reporting that 1% of the population controlled 67% of the nation’s wealth. Meanwhile, the bottom 10%, struggling with high debt or unemployment, had a share of precisely 0%. The disparity is shocking when compared with the wealthiest 10% in the country benefiting from 85.7% of its wealth. Now, the Covid-19 outbreak is set to make a grim situation even worse.

Unemployment will inevitably rise further, affecting the bottom 50% of the country’s workers, who already lack any guarantee of a regular job or steady income. They are further hampered by the current restrictions on movement, meaning many have been unable to get to work, thereby losing their source of income overnight. Most do not have the protection of a formal, legal contract of employment that would entitle them to certain rights.

The divisions in society can be further seen by taking a look at those who have been able to work from home, safeguarding their income for now. They are very much in the minority, with many households lacking the necessary technology and equipment to avail of this option. A survey from 2017 shows that only 3% of homes with a monthly income of less than 17,000 baht have access to a computer and an internet connection.

While the number of Covid-19 cases in Thailand remains low compared to places like Singapore and Indonesia, this can change at any time without the right precautions in place. The government knows that, and its stimulus package to protect jobs and provide financial support to the worst-affected citizens is vital.

This includes the pledge to distribute 5,000 baht a month for 3 months to those who have only previously had informal employment arrangements. However, while the government anticipated that around 3 million citizens would apply, it has now received applications from over 27 million, with fewer than 2 million have been approved to date.

This resulted in protests outside the Finance Ministry in Bangkok and the discontent will not be helped by the criteria being applied. Applicants must have a savings account and internet access, which automatically excludes many of society’s less well-off, such as those working as street sellers and taxi drivers.

Bearing in mind that household debt in Thailand was already at a record high by the end of 2019 , before the virus even hit our shores, it’s not difficult to see that the current crisis has the potential to render a worrying situation truly desperate. It already has for so many.

The message to the government is clear: Thailand must do all it can to protect the most vulnerable in society, now more than ever.