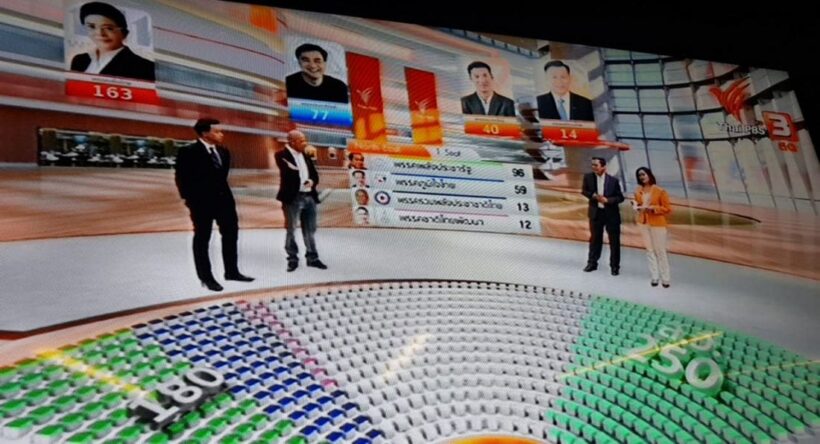 The polls are closed, the ballot boxes secured and the counting starts. Time now for the fancy TV graphics and speculation as Thailand’s next government takes shape in the next 24-48 hours.

No party is expected to win a majority of the seats so a coalition will need to be formed. That’s where the fun will start.

Pheu Thai is likely to win the most number of MP seats while Phalang Pracharat is tipped to emerge as the second biggest party after today’s poll. This is according to an exit poll conducted by Super Poll.

The Democrat Party is likely to finish third.

According to the poll, Pheu Thai would get 163 seats – 153 from constituency MPs and 10 from Party-list MPs.

After this election, there will be 350 constituency MPs and 150 party-list MPs. The full election results will be known by Tuesday.

But a warning, exit polls conducted after previous elections have been inaccurate. Added to the potential inaccuracy this time, seven million new voters who are voting for the first time and the new constitution which has no poll history.

UN election monitors spread across Bangkok and beyond