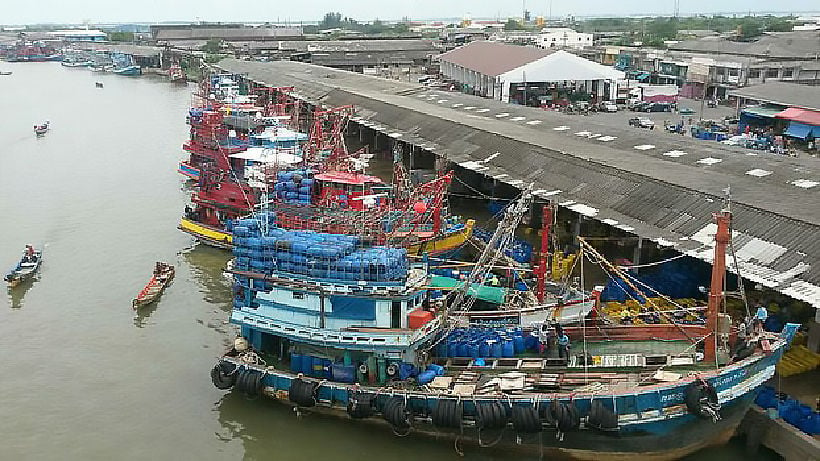 With millions of Thais unemployed due to the Covid-19 pandemic, one business is definitely hiring: a senior government official said Saturday that Thailand’s fishing industry is seeking to hire as many as 50,000 men to go to sea aboard trawlers.

The chief of the Department of Employment’s provincial branch in the southern province of Ranong, Phithoon Damsakhon, was quoting a statement from the National Fisheries Association of Thailand.

“Some 50,000 men are currently being sought for hire as skippers, mechanics and other crew members aboard fishing boats based in several coastal provinces of the country.”

Tens of thousands of migrant workers from Myanmar, previously employed by the fishing industry either on- or offshore, have already left for headed home and many more are expected to follow suit, thus aggravating labor shortages in Thailand’s fishing sector.

Many of those workers, who had gradually climbed from being unskilled employees to skilled ones, called it quits over the last several years, according to Phithoon.

He suggested Thais who might be currently jobless due to the pandemic crisis go for such fishing jobs available aboard trawlers, many of which are being anchored idly in Ranong, Krabi and other coastal provinces.

Thailand’s fishing industry has long faced allegations of human trafficking and debt slavery over its employment of often-illegal Burmese workers.