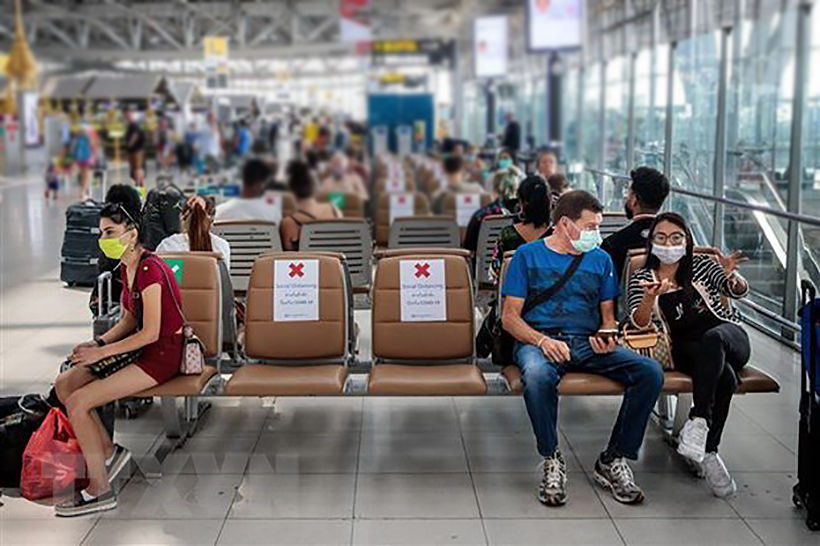 It’s going to be challenging enough for both the Thai tourism industry and the travellers to get Thailand’s tourist wheels in motion again without a new levy being added as well. But now, the Tourism and Sports Ministry says they’re considering a new 300 baht tax from every foreign arrival. The reasoning is that the new levy would cover “pandemic insurance”.

Phiphat Ratchakitprakarn, the tourism and sports minister, suggests that the proposed new tax would be for all arrivals, whether by air, land or sea transport.

Minister Phiphat reminded us that his idea was put up to cabinet last year but was delayed as the government were concerned by the already drooping demand for tourism, mostly because of the high exchange rate of the Thai baht and softening numbers of arrivals, especially the Chinese. But the minister says he believes that now is the right time to kick off the scheme.

Once a feasibility study is finished the proposal will go to cabinet with a plan to introduce the tax by the end of the year.

The ministry proposes that the 300 baht levy is added to the price of airline tickets and then collected from airlines. There is currently no proposal how they would collect the levy from arrivals over land or sea borders.

“The pandemic has had a severe impact on tourism confidence, and the tourism fund should set aside a budget for state agencies to carry on when looking after tourists affected by the pandemic.”

The minister says the tourism and sports ministry approached Naresuan University to conduct a feasibility study on a “reasonable tax burden for visitors”. The ministry estimates the maximum should not exceed 300 baht per person. But the minister says he favours a levy of 100-200 baht.

The minister also commented on the Tourism Authority of Thailand’s estimates yesterday that Thai visitors for 2020 would drop by 65%.

“The Tourism Authority of Thailand’s new target is 16 million arrivals this year, but I’m not optimistic we can reach that goal as international tourists will not come back before the fourth quarter. Compared with the last quarter of 2019, when we had 11-12 million arrivals, the new goal is too high amid these circumstances.”

Commenting on the proposed new levy the TAT Governor Yuthasak Supasorn said the ministry’s measures are part of the long-term tourism development plan.

“As long as Thailand has a clear plan on how to use the fund effectively and benefit international tourists, it should not create any obstacles.”

At this stage, when international flights may restart, the conditions imposed on travellers and which airlines will be operating into Thailand in the future, are all up in the air.