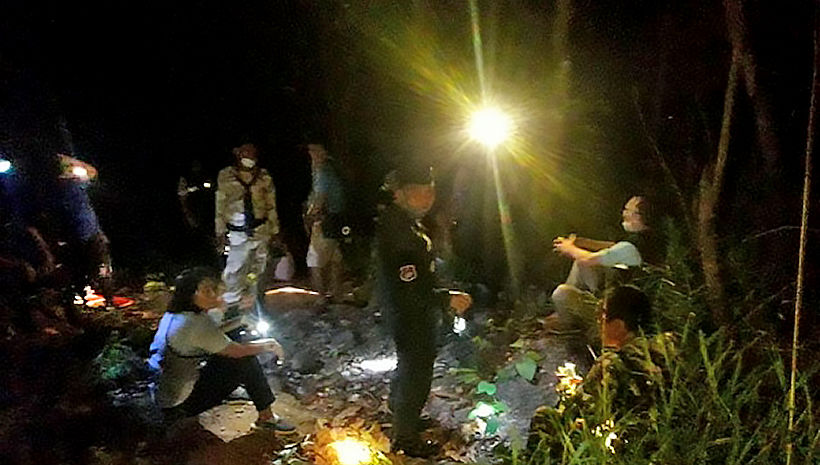 The body of a 3 year old girl, missing since Monday, was discovered on Thursday in the northeastern province of Mukdahan. A team of detectives is now investigating the and murder. A massive search involving about 500 police, soldiers, local officials and volunteers was launched when the child, Nong Chompoo, was reported missing in the province’s Tambon Koktoom. The team focused its search in a 5 kilometre radius of the victim’s home, which includes parts of the Phu Pha Chon national park.

The search moved forward qickly when 70 year old Toon Prom-ngoi, a resident of neighbouring Sakhon Nakhon province, reported that she had found a child’s green slipper while gathering forest produce in the national park which straddles the two provinces.

Toon led the team to the spot where she found the slipper and they subsequently discovered the little girl’s body and clothes nearby.

The forensic team says that the child may have been strangled, and had been dead about 8 hours before her body was discovered. An autopsy is being conducted to determine the cause of death and if the young child had been sexually molested.

Police suspect the child was abducted from her home when her 13 year old sister fell asleep.