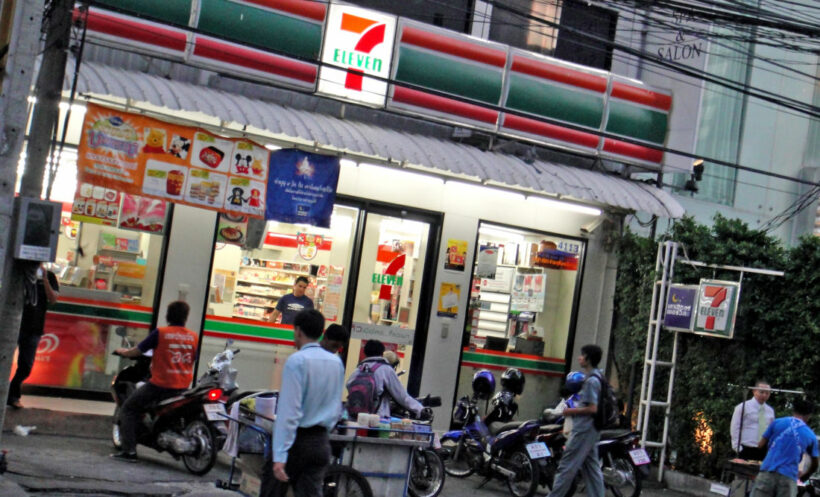 A man has robbed a 7-Eleven convenience store in Nakhon Ratchasima this morning, making off with 2 million baht in cash. At this stage police suspect the robbery was an inside job. The entire robbery took only two minutes.

The Jor Hor police station was alerted at 2.28am that the 7-Eleven store in the Ban Pho community had been robbed.

Security-camera footage from inside the shop shows a man wearing a full-sized helmet walking into the shop with three staff inside. The robber pretended to buy a pack of cigarettes but then pulled out a foot-long knife and threatened a female cashier into leaving the counter.

The video showed him walking behind the counter and picking up a key to open the safe, from which he removed the 2 million baht in cash, stuffed it into his bag and fled on his motorcycle.

Pol Colonel Kitti Saengsiriwut, commander of the Jor Hor police station, said he interviewed the store manager and learned the cash from weekend sales was kept in the safe before being deposited to a bank on Monday mornings when the banks open.