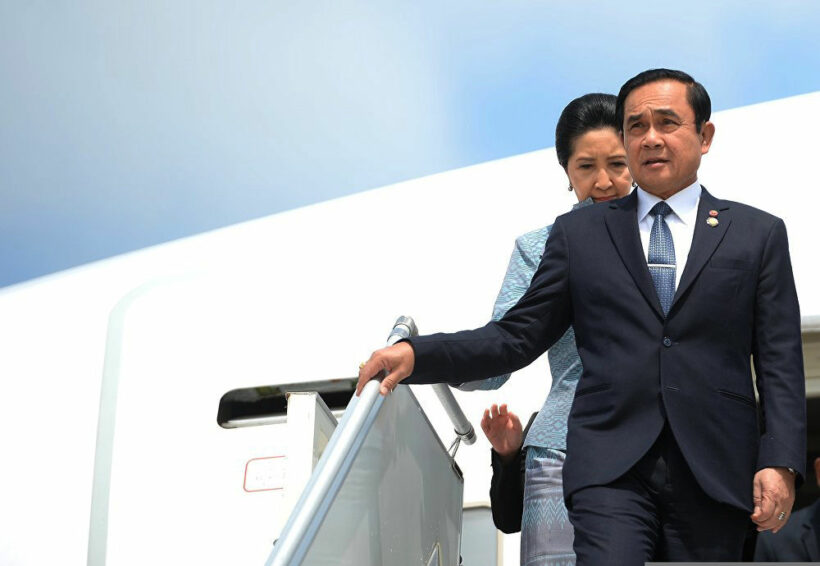 The Thai PM Prayut Chan-o-cha has issued an apology and expressed “discomfort” over Palang Pracharat’s internal bickering that has dominated headlines over the weekend.

The Prime Minister returned from the G20 meetings in Japan yesterday.

The former leader of the NCPO, former PM, and now newly selected PM by the new parliament, is pledging to do his best.

The Palang Pracharat Party is a loose coalition of 20 separate parties that has a bare margin to push forward policy in the new parliament. The PM said it was difficult to make everyone happy. But most important was how to make the government credible to the public, he added.

After more than three months the new government doesn’t have a working cabinet although the PM’s comments sound like a prelude to making a final announcement about the make-up of the new Cabinet.

His statement this morning came after the influential so-called Sam Mitr (Three Allies) faction in the party expressed discontent over Cabinet portfolios over the weekend. Its leader, Suriya Juangroongruangkit, had reportedly been allocated the Cabinet post of Industry Minister after a previous agreement that he would head the Energy Ministry.

Suriya had reportedly said last week that he would consider withdrawing from Phalang Pracharat Party and taking some 30 MPs with him if he did not get the Energy seat.

The veteran politician denied the reports on Saturday but other signs still pointed to serious conflict within the party.

Tourism Authority of Thailand downgrades revenue from tourism in 2019