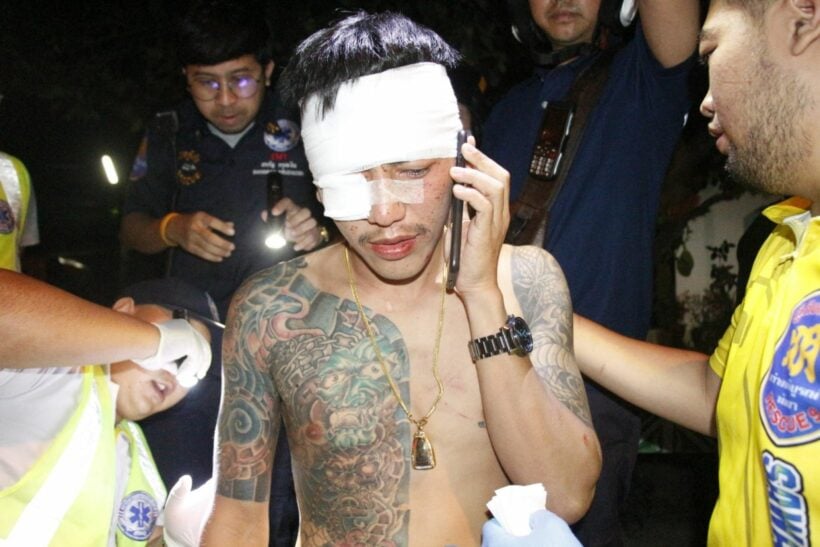 PHOTO: Waranyoo Kaewmala wallks away from a drive-by shooting and collision with a power pole - The Pattaya News

A Pattaya man who was fired upon and crashed into a power pole early yesterday morning is thanking his lucky Buddha and crediting his Buddhist amulet with saving his life. 30 year old Waranyoo Kaewmala’s car was shot nine times, yet somehow miraculously escaped unharmed.

Bang Lamung Police were notified of the incident at 2am rushed to the scene to find a damaged car had collided with a power pole. Nine bullet holes were found on the car, with Waranyoo still inside.

Waranyoo is the brother of a famous Thai boxer.

Bullets grazed his head, arm and shoulder, yet none of the bullets made a direct hit. His face was injured from the crash and he was rushed to a hospital, but was in good condition overall.

Waranyoo told police that while he was driving to his home, a pickup truck followed him closely and at high speed. 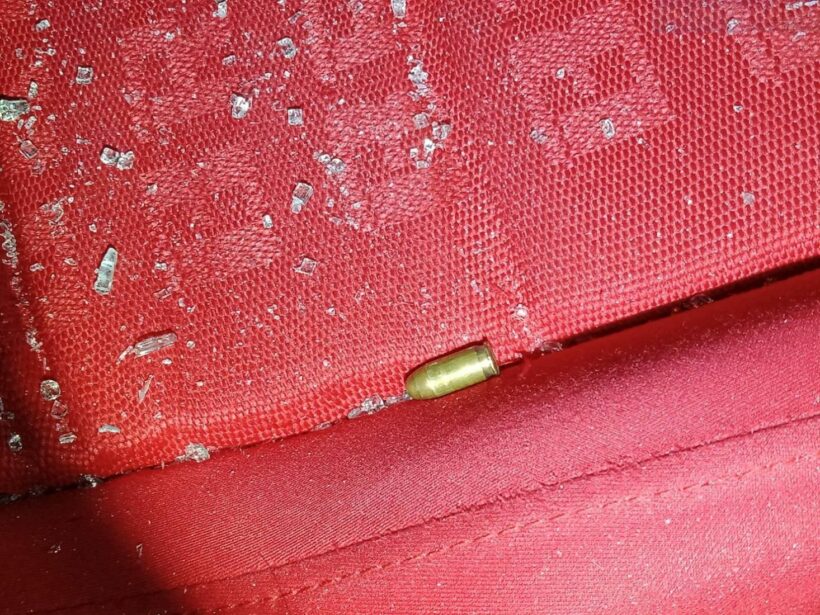 Soon there were several gunshots being fired in his direction, causing him to lose control of his car and crash into a power pole. He believes he survived the gunshots and the crash because of an amulet he has worn for a very long time. He told police he doesn’t know why anyone would want to kill him.

Police are continuing their investigation. They currently believe that it’s a personal conflict and hope to get more information from the victim.

If we were hime’d be buying a few lottery tickets this week, with the number 9 figuring prominently.

Prasitthichai speaks to the Thai media, “killings were unintentional”