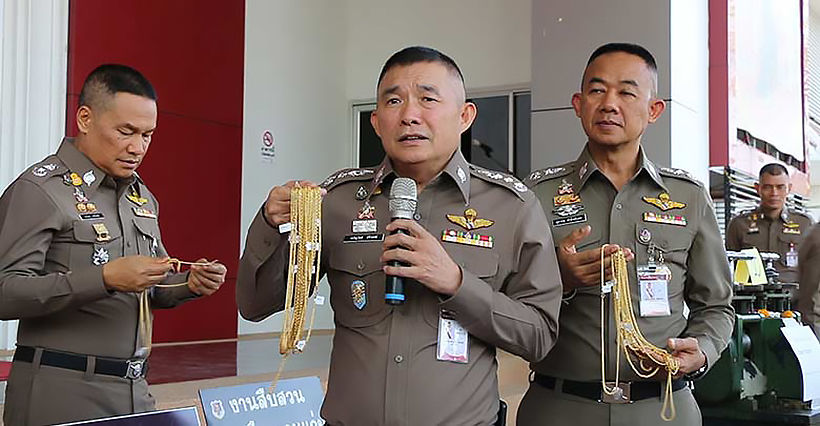 Three men are now in police custody in the north-eastern province of Khon Kaen for selling fake gold to gold shops. 42 year old Suparb from Udon Thani province, 41 year old Pakorn from Bangkok and 30 year old Thanakorn from Surin Province were arrested after police received complaints of fake gold chains being sold to several shops in the area.

Police had been watching the suspects, who hired others to sell their fake gold in order to hide their identities, though the ID used to sell the gold was real and belonged to members of the gang.

Police say Thanakorn is the main provocateur in the gang, although he was not involved in manufacturing the fake gold. He has previously sold fake gold to shops in Khon Kaen, Sisaket and Udon Thani provinces, according to Thai Residents.

The gang would stake out different gold shops, choosing shops that barely check the gold or lack the necessary equipment. The money was split 3 ways, with the gold maker earning 1000 baht per Baht weight (15.16 grams) of gold sold, the second part divided among the 7 members of the gang and the rest invested in real gold to use in their next scam. 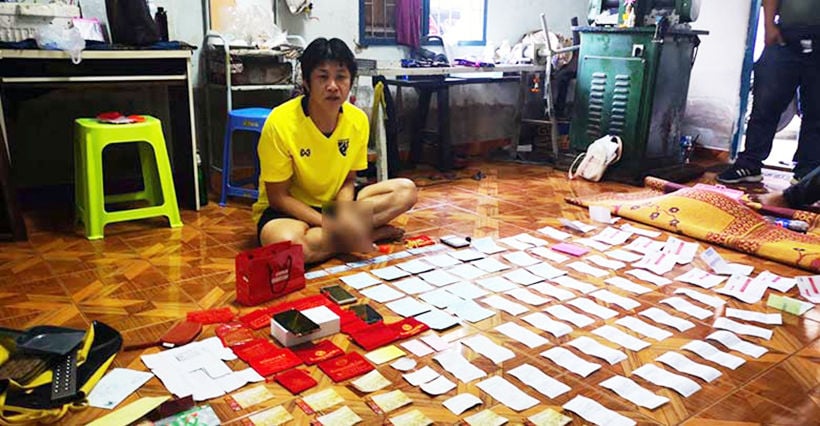 Suparb was released from jail in 2016 and Pakorn in 2017 in Phuket, after serving time for similar crimes. After their release, the two joined forces and put the new gang together. Most of their victims were in Khon Kaen but the gang moved their activities around different provinces to avoid detection.

Police say the gang has used the scam 76 times, with damages valued around 7.6 million baht. Suparb and Pakorn claim that they committed the crimes to pay off family debt.