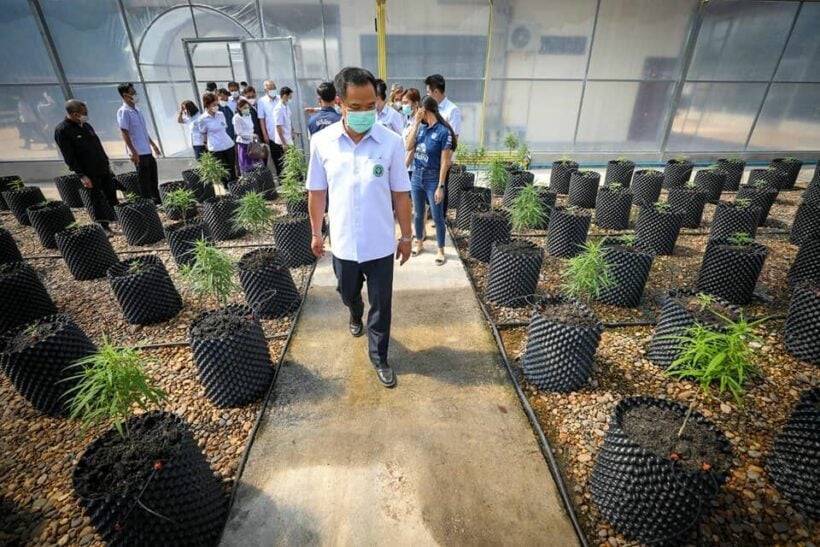 Thailand’s Public Health Minister says he wants to make cannabis a cash crop… just not the parts of the plant that get you high. Anutin Charnvirakul, who also serves as the deputy prime minister, made a visit to a cannabis learning centre in the northeastern province Bueng Kan, which borders Laos, and posted photos on Facebook of himself walking through a cannabis greenhouse.

Anutin has been a vocal supporter of cannabis when it comes to the CBD, or cannabidiol, the relaxing and said to be medicinal component of the plant, but has stayed fairly quiet on actions to take regarding the psychoactive component, THC, or tetrahydrocannabinol.

Parts of the cannabis plant – except the high-inducing, THC-rich buds – were removed from Thailand’s narcotics list in December of last year. Since then, numerous Thai cafes and eateries have started offering drinks and snacks made with cannabis, which has been popular among Thais. According to Nation Thailand, Anutin says this is a step toward making cannabis a cash crop.

“We are opening a wide field to allow the use of marijuana, but it must be done as per established rules and criteria.”

TheDirtyDurian
I think it's already a cash crop in some parts!! Joking aside, I know that where my wife is from everyone is growing a bit anyway so it doesn't really matter anymore. No one cares.
Shade_Wilder
I really wish that the government would get off the proverbial pot (Boo! Boo! Groan! Er... sorry) on this and just go full throttle ahead on full legalization/decriminalization.  The benefits of legalization are pretty clear and well-known; weed is…

Faraday
5 hours ago, Janneman said: You have to smoke a hectare of it to notice anything How long does that take ...?

gummy
1 minute ago, Faraday said: How long does that take ...? Been at it 4 weeks so far, hardly made an impression 😂
HiuMak
13 hours ago, DiJoDavO said: Maybe for once stop talking about the money. How about not a step closer to more money, but a step closer to introducing the use of Marijuana which, for a long period of time, unnecessarily…