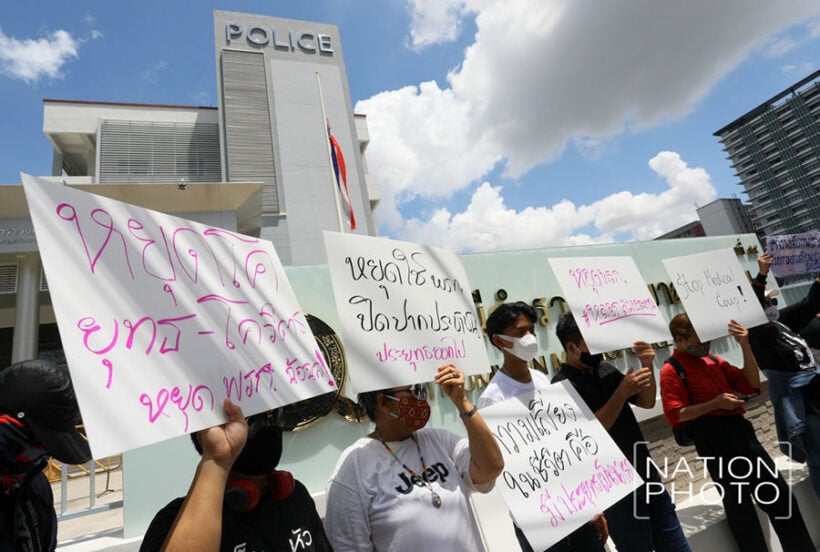 Members of the Student Union of Thailand have come together to protest the government’s extended emergency decree, gathering outside Pathumwan police station in Bangkok. Officials extended the decree by another month after it was originally set to expire at the end of June. Now human rights activists and critics of the government have slammed the extension as politically motivated.

The latest protest comes after some students tore up a summons handed down to them for allegedly violating the decree on June 5. At that time, they were drawing attention to the disappearance of Wanchalearm Satsaksit, a Thai activist kidnapped in Cambodia, where he was living in exile.

The activists were later criminally charged for tying white bows around various monuments in Bangkok to draw attention to the plight of the missing activist, as they demanded answers from the Thai and Cambodian governments. The students also received a summons for unlawful assembly on June 24, when they came together to commemorate the 88th anniversary of democracy in Thailand.