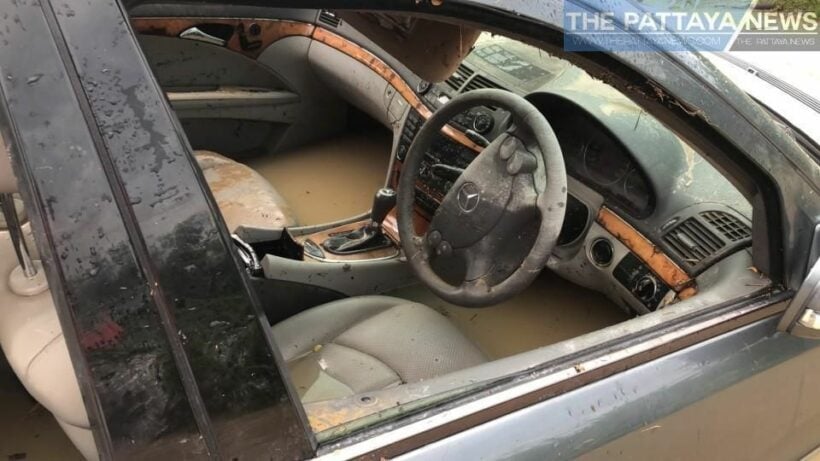 A woman and her son have had a lucky escape after the vehicle, which they were travelling in, was carried away by floodwaters in Pattaya. The city reported extensive flash flooding as a result of heavy downpours, with the worst of it around Soi Khao Noi, Pattaya Beach Road, and Pattaya Third Road.

The heavy rains lasted for up to 2 hours, with the car Sukanya Rueangsawat and her son were travelling in carried away by floods as Sukanya tried in vain to open the door. The incident reportedly took place near the railway road and Soi Khao Talo, with the car rapidly filling with water.

An employee from a nearby wastewater treatment plant spotted the vehicle and was able to smash the window and pull Sukanya and her son to safety.