Critics of the Thai government have condemned the extension of the emergency decree by another month, claiming it’s unnecessary and politically motivated. The extension was given the green light at a Cabinet meeting yesterday, after the PM said it was necessary in order to continue the successful suppression of the Covid-19 virus.

Khaosod English reports that government spokeswoman Narumon Pinyosinwat insists the extension is necessary in order to protect Thailand’s borders from countries where Covid-19 is not yet under control. She adds that the extension will not affect the re-starting of the country’s economy or people’s day-to-day lives.

It’s the third time the emergency decree has been extended since being implemented last March and critics of the government are not convinced that the move is not political, with one activist saying it’s simply a coup under another name.

“I don’t think it has anything to do with coronavirus since late April. It has been contained since then. Now it’s for another objective. It’s kind of a coup in disguise.”

“This is detrimental to the governance under democratic principles. The intention for maintaining the emergency decree is about protecting Prayut and the government from political challenge.” 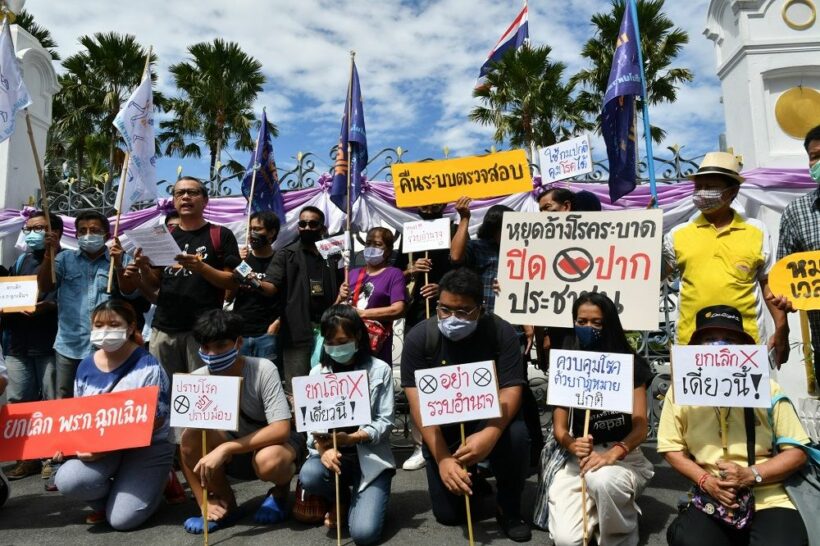 Yesterday, a number of protesters held a rally to voice their opposition to the extension, with political scientist Surachart Bamrungsuk saying he doesn’t buy the government’s excuse that it needs to protect the country from a “second wave” of the virus.

“Many see the government as wanting to have special powers to deal with many problems, particularly the economic problems which may lead to protests. Maintaining the emergency rule is thus more about political control than controlling the coronavirus itself.”

Thailand has now gone over a month with no new cases of community transmissions. The only new cases being reported daily, usually in single digits, are among those in state quarantine due to having recently returned from overseas.