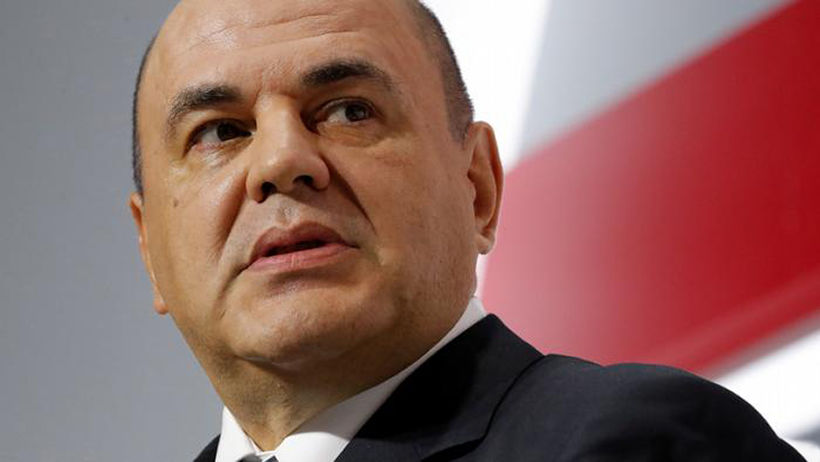 Russia’s PM announced yesterday that he’s tested positive for Covid-19, making him the most senior official in the Russian government to become infected. PM Mikhail Mishustin informed President Vladimir Putin in a video call that he would self-isolate but would stay in touch on key policy issues. It wasn’t immediately clear when the two men last met. Since early in the outbreak, Putin has minimised meetings preferring to holding daily video calls with officials.

54 year old Mishustin, a former tax chief, was named PM in January. During the call with Putin, which was recorded and later televised, he didn’t say if he had symptoms or anything about his general condition. He displayed no visible signs of illness and spoke without difficulty. First Deputy Prime Minister Andrei Belousov will temporarily perform Mishustin’s duties.

In Russia, the PM oversees the economy and answers to the president.

Putin wished Mishustin a swift recovery and said he hopes the PM will continue taking part in drafting policies to shore up the Russian economy, which, like many others around the globe, has been battered by the pandemic.

“What happened to you, could happen to anyone. Along with other Cabinet members and colleagues from the presidential office, you have undoubtedly been in the zone of high risk. No matter how you limit contacts, it’s impossible to avoid communication with people while drafting decisions.”

Putin asked the PM to call him after checking into a hospital.

Russians who have the virus but slight or no symptoms of illness are allowed to stay home, and it wasn’t immediately clear if Mishustin’s hospitalisation reflects the gravity of his condition or is just an extra precaution.

“I hope you will remain in good physical shape and take an active part in drafting decisions that we discussed today,” Putin said in a reference to a call with top officials earlier yesterday. “Those decisions will not be made without your participation, your input.”

“It’s a signal to all of us. Let’s drop all that populist talk” about lifting restrictions, Sobyanin said in televised comments.

Mishustin himself sent a similar message to the Russian people, saying that his personal situation underlined the need for strictly observing a government-ordered lockdown.

Today, May Day, marks the start of long May holidays, a period when Russians usually flock to country homes, and barbecue with friends and relatives. Earlier this week, Putin extended a partial economic shutdown imposed in late March to run through May 11, the end of the May holiday period.

Regional and local authorities across the vast nation have similarly prolonged lockdowns, forcing most people except those working in a few vital industries to stay home. Only visits to nearby stores and pharmacies and walks with dogs are allowed in most cities.