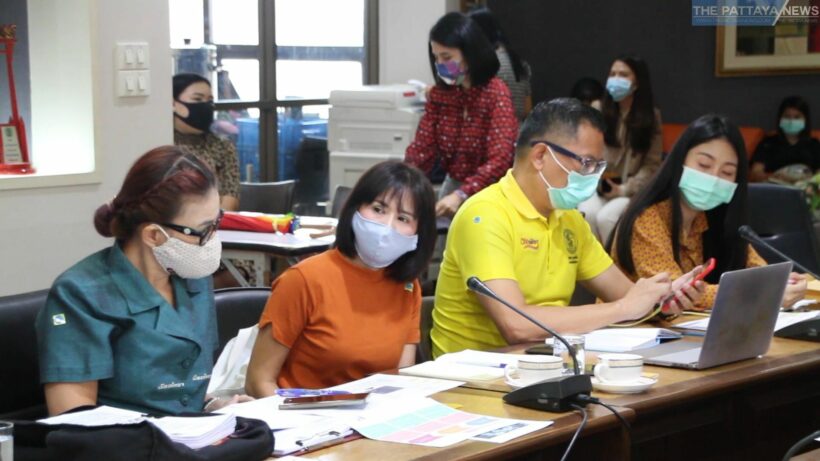 New restrictions are now in force in the eastern province of Chon Buri, due to the Covid-19 coronavirus outbreak. Chon Buri’s governor and the Chonburi Committee for Communicable Diseases have come to several new resolutions regarding restrictions and closures…

The governor has promised the specific details will be released today.

Government aims to limit travel around Thailand by 90%

Tomorrow, 13 types of businesses in Bangkok are being allowed to reopen but must have strict disease control measures in place. The Bangkok Metropolitan Administration made the decision which would undoubtedly give many businesses some relief as well as potential customers.

Such businesses with restrictions include:

The announcement comes after Bangkok saw 14 new cases today, joining 128 other cases reported in Thailand by the Centre for Covid-19 Situation Administration.

Meanwhile, plans for Chinese New Year seem to be on the back burner as the upcoming February 12 holiday has yet to see anything concrete to celebrate the new year. Pattaya city has decided to decorate its streets for the holiday, but like many other provinces, Chon Buri remains as a highly controlled zone, which essentially bans domestic and foreign tourists from entering, despite single digit infections being recently reported by authorities.

The lifting of the measures in Bangkok come after PM Prayut urged the publicto stay away from social gatherings, specifically pointing out political gatherings, which have rocked the streets of the nation’s capital for months.

Local disease control workers are continuing to track and trace Covid-19 infections at several villages in the That Phanom district of Nakhon Phanom, north eastern Thailand. The areas were locked down after a 51 year old local food vendor tested positive for Covid-19 and more than 800 people were reported to have had contact with the infected person.

According to the CCSA spokesman, the vendor had been in contact with many people who have been to high risk areas including Bangkok and Rayong. About 10 people in Nakhon Phanom are at high risk of infection from the vendor, but tested negative, while nearly 1,000 other people are at low risk.

Nakhon Phanom’s governor says 5 people, in close contact with the vendor, tested negative, while the other 829 are waiting for their test results. He adds that the active case finding is continuing in the nearby villages and areas.

“Places visited by the infected person are thoroughly cleansed every day.”

Pattaya’s hotels are taking their restaurants to the streets by offering food stalls outside and delivery in a bid to save their businesses during the Covid-19pandemic. Such changes in their attempts to avoid closing, come as city officials say they will use funds to spruce up the city for Chinese New Years on February 12.

As Chonburi province is still declared as a “high-risk” and “highly-controlled” area, all hopes of domestic and foreign tourism have been dashed as visitors are essentially banned. Even with recent virus infections down to just 1 over the past 3 days and single digits in the last week, the strict measures have not been lifted.

After Covid hit, hotels in Pattaya relied more on domestic tourists, which appeared to be working for several months after the city held more outdoor festivals to increase tourism traffic. Now, without domestic tourists helping to curb the financial downfall, the hotel industry has met many times with province leaders and represetatives from the Social Security Office of Thailand to ask for a forced legal closure which would allow their formal staff to get paid through social security benefits at roughly 50% of their daily wages.

The requests so far have been denied, leaving 30,000 hotel workers in Pattaya alone out of a job. Some hotels have managed to keep their employees and even providing meals and lodging for them. But smaller hotels have run out of money and are having to lay off staff without pay.

Such larger hotels as LK hotels and Dusit hotels are bringing their restaurant food to the streets and offering delivery but they say it is only to provide for their staff during these hard times. The Thai Government has stated they are looking at other options than a forced closure and social security payouts, but have yet to make a decision.
SOURCE: The Pattaya News