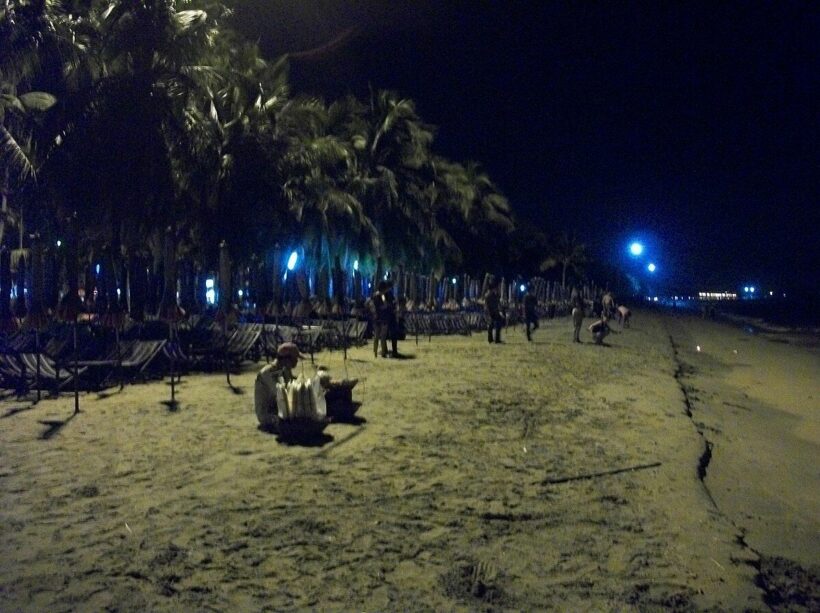 Police were dispatched early this morning to Bangsaen Beach, in Chon Buri, north of Pattaya, following repeated warnings in the area over the last fortnight to people who were violating Covid-19 restrictions. Local police reportedly arrested dozens and gave dozens more “soft warnings” to go home.

The province of Chon Buri announced a further 90 new cases of Covid-19 today.

Starting at 2:30 am, a police team dispersed groups of about 20-30 people, mainly younger kids, skateboarding. They were warned that the beach was open, albeit for exercising with skateboarding falling in the grey area of exercise. After being warned, the kids complied and went home.

After the police team attended to dispersing the kids, they took on the older crowd. Police arrested around 20 people, mainly teenagers. They were arrested for violating Covid-19 restrictions and drinking alcohol while underage.

The commander of the local police station, Surasit Nuengjamnong, warned that police would continue to monitor the location and would persist in prosecuting those who violated Covid-19 restrictions.

Reports have trickled in of people being fined or arrested since Covid-19 restrictions have been imposed, but the majority of cases have been from violations in bars, private residences, or occasionally, in government meetings.

Thai media, often quick to point out when “Farangs” violate Covid-19 restrictions, did not report on the nationality of the violators.