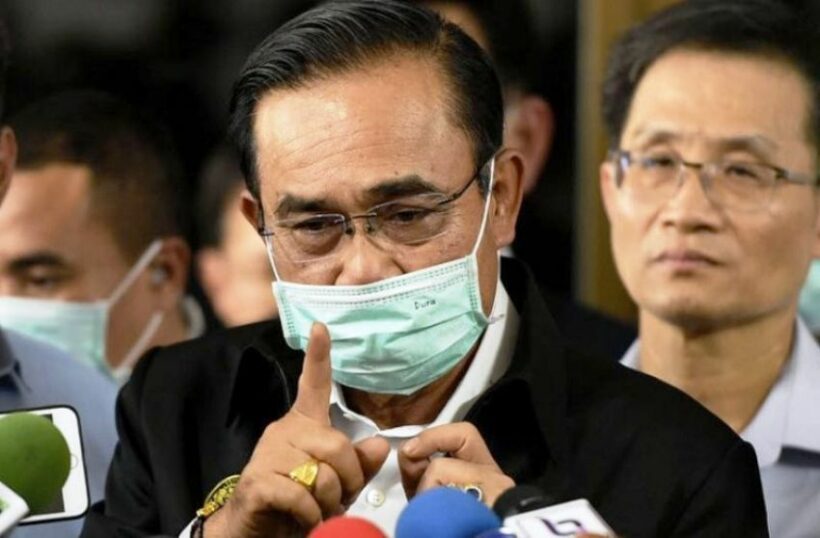 Shortly after the national state of emergency was declared in Thailand, the government of PM Prayut Chan-o-cha announced an aid package of 5,000 baht per month to “informal workers” left behind by the Covid-19 crisis. The original announcement, part of a 117 billion baht stimulus package, was for 3 months, but this was later extended to 6 months, despite the overwhelming number of applicants, many of who, it turns out, weren’t eligible for the aid – that includes the estimated 300,000 Thai sex workers.

Now Prayut says the government currently only has enough budget for a payout of the promised stimulus for the first month. He says the central budget is drying up and the government is already siphoning 10% of every ministry’s budget to come up with the money, but this will not be available until June.

The cabinet has already approved an emergency loan decree worth 1 trillion baht, which should be available around the end of April or early May.

Prayut explained that there are 37 million people in Thailand’s workforce of whom 9 million people are “informal,” ie. freelancers, motorbike taxi drivers and the self-employed, 11 million people who are covered by the social security system and 17 million in the agriculture sector. This means that not everyone can be compensated.

“I am sad and I sympathise and I am more anxious than you. But, we have to face the reality that the initial budget from the central budget was set at 50 billion baht for 3 million people, which would be enough to pay out the compensation for up to 3 months or 15,000 baht per person.”

“However, since the number of people who have registered for the scheme has surpassed 9 million, the government now only has enough for the first month.”

Thailand’s Education Minister told reporters after Tuesday’s cabinet meeting that the government is now asking all ministries to cut investment budgets by 50% and overseas travel budgets by 25% to help the government come up with extra funds to support its relief measures.

The Social Security Office announced this week that the coronavirus outbreak is “an unforeseeable event” which has led to a surge of unemployment, and thus constitutes a national emergency.

This now allows the SSO to pay out unemployment benefits to its insured at 62% of their wages, or around 7,000-8,000 baht per month, for no more than 90 days. There is currently still 160 billion baht in the SSO’s unemployment fund.

The SSO initially estimated that there would be about 700,000 jobless workers who are registered with the social security system who would receive this compensation.

“The number of insured who have either quit or were let go from their jobs is more than a million people. Of those, around 350,000 have been directly impacted by the outbreak while around 800,000 are being affected by the lockdown.”

PM says restrictions could be eased by April 30