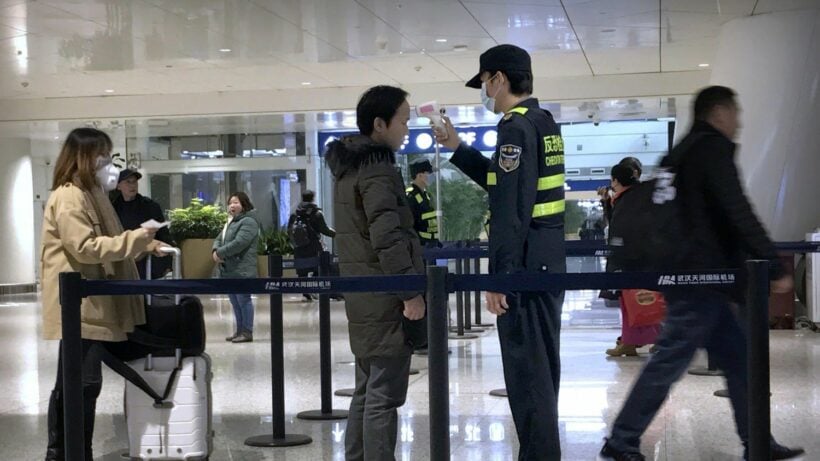 Six new cases of of the novel coronavirus are now confirmed for Thailand by the Ministry of Public Health. That brings the total number of cases detected to 14. The six new cases have all been hospitalised.

Dr. Suhum Kanchanapimai, the Public health permanent secretary, confirmed that five of the six confirmed cases were members of the same Chinese family who had travelled from Hubei province together. The sixth, also a Chinese tourist, came from Chongqing, south west of Hubei (where Wuhan is the capital).

The five family members range in age from 6 to 60. They were detected when they arrived in Thailand and isolated for two blood tests. The tests came up positive. The five family, plus the sixth patient, are currently in Bamrasnaradura Infectious Diseases Institute, in Nonthabiri, Bangkok for treatment.

Of the eight cases confirmed in Thailand, five have already been discharged and returned home to China. Three are still hospitalised in isolation but they are reported to be “out of danger” and recovering well.

Read the latest on new cases and deaths from the Coronavirus HERE.

136 Chinese tourists have been examined at airports or hospitals after being suspected of being infected. But most were found to be infected with common flu – 55 of them have already returned home.

A new automatic thermo-scanning, at Suvarnabhumi and Don Mueang international airports, has been activated today, with all passengers arriving from China on all flights being subjected to the upgraded screening process.

“The Public Health Ministry will not cover up any information related to the novel coronavirus.”

Up until now, only passengers from Wuhan, Guangzhou and northeastern Changchun were screened across five airports – Suvarnabhumi, Chiang Mai, Don Mueang, Phuket and Krabi.