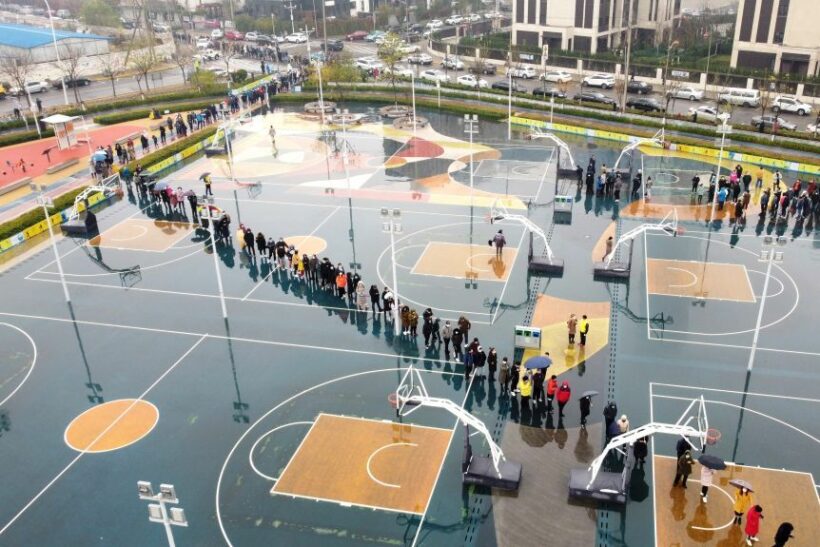 PHOTO: Mass testing in the Chinese city of Tianjin

Millions of people are now being tested in China, with new lockdowns and some districts shutting down schools. On Sunday there were 11 new cases, yesterday another 22 across the country. After a relatively low number of local transmissions for several months now, locally transmitted Covid-19 cases are popping up in 3 cities across the country – Tianjin, Shanghai and Manzhouli.

Even though the number of new cases remains minuscule compared to the US, parts of Europe and the UK, Chinese health officials are warning that the chance of the virus spreading is now greater in the cooler weather. Despite the virus being largely contained in China, the authorities are taking no chances and are taking direct local actions to control any further spread. Chinese officials say that the swift local lockdowns has allowed communities, cities and industry to re-open quicker – around China manufacturing and industry is reported to be back to around 93% of pre-covid activity.

The National Health Commission reported 2 new locally transmitted cases in Shanghai over the past day – a total of 7 since Friday. China has recorded 86,442 cases overall and 4,634 deaths since the virus was first detected in the central Chinese city of Wuhan in late December 2019.

• The 2 latest cases confirmed in Shanghai were close contacts of another airport worker who was diagnosed with Covid-19 earlier this month. Now the city’s Pudong International airport is testing all of its workers, collecting 17,719 samples for testing. Airport workers were given last-minute orders to get tested and there were some chaotic videos (below) posted on social media with workers arguing with officials in hazmat suits.

• In Tianjin, an industrial seaport just south east of Beijing, health workers have collected more than 2.2 million samples for testing from residents, after 5 locally transmitted cases were discovered there last week. Tianjin officials shut down a pre-school and moved all the teachers, families and students to a quarantine space.

• In Manzhouli, a city of more than 200,000 people, local health authorities are testing all residents after 2 cases were reported on Saturday.

China has been able to control any minor outbreaks with its top-down community lockdowns which restrict people to their homes across entire neighbourhoods, shutting down shopping precincts, schools and hospitals.

Earlier this year, in February, Chinese officials locked down the city of Wuhan, where cases were first reported, for more than 2 months to contain the virus, with the local government shutting down all traffic and confining residents to their homes.

Zeng Guang, the chief epidemiologist at the Chinese Center for Disease Control and Prevention, says that the policy of ‘Clearing to Zero’ is swift and effective.

“Clearing to zero is actually the most economically effective way to do epidemic prevention. If you don’t do that, then this problem will get more troublesome. Use a heavier hand, and get to zero, then people will feel reassured.”