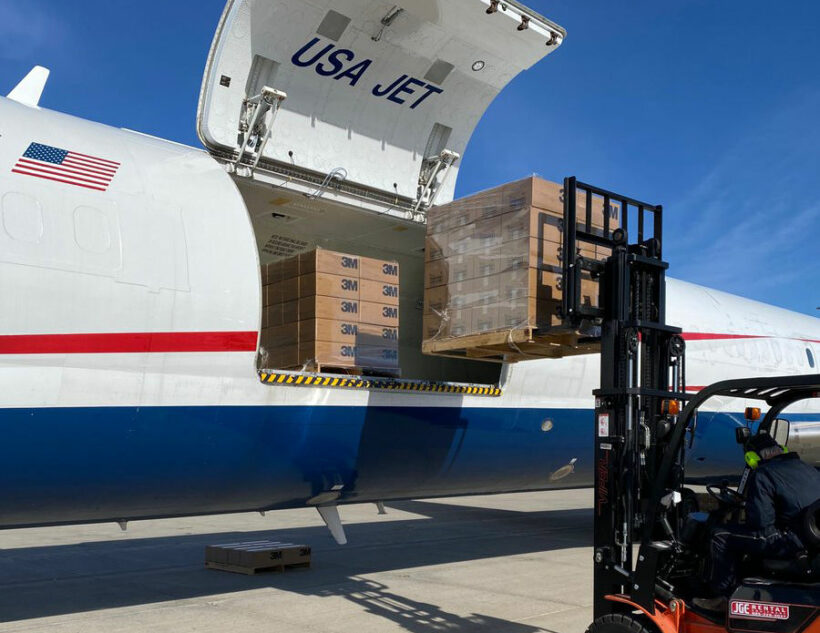 “We cannot speculate where this report originated.”

US, Minnesota-based, 3M is denying allegations that 1000s of its face masks, heading for Germany, were ‘seized’ during transit in Bangkok and diverted to the US. The incident is reported to have occurred on April 3. 3M has explained to Germany’s DPA News that it had received no reports of masks being seized or any other paperwork on such a shipment heading to Germany.

The 3M Company is an American multinational conglomerate corporation operating in the fields of industry, worker safety, US health care, and consumer goods.

Andreas Geisel, the interior minister for Berlin state, claims that around 200,000 N95 masks were “confiscated” in Bangkok as they were being transferred between planes in Thailand.

He accuses the US of “modern piracy” saying that a shipment of medical masks intended for German police were reportedly diverted to the US. He is pressing for the German government to intervene and demand that Washington follows international trade rules.

“This is no way to treat trans-Atlantic partners. Even in times of global crisis, there should be no Wild West methods.”

The masks had been manufactured by a Chinese company for 3M, but UK’s The Guardian reported that the company denied the incident happening at all.

“3M has no evidence to suggest 3M products have been seized. 3M has no record of any order of respirators from China for the Berlin police.”

No, 5G does NOT cause coronavirus