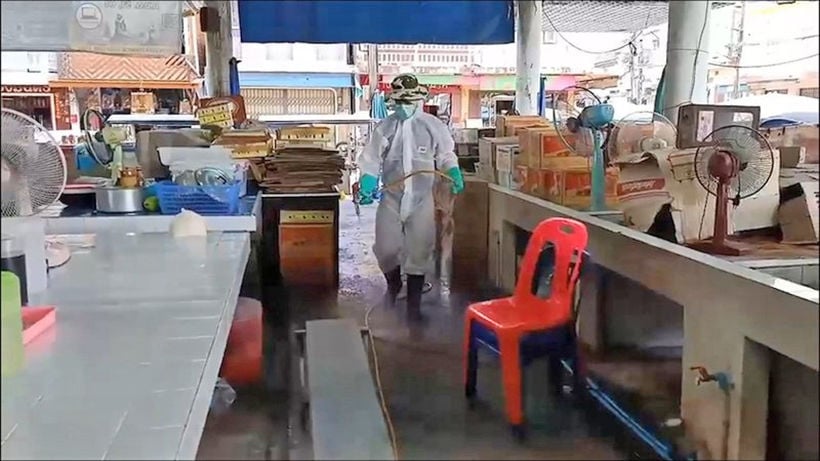 2 immigration officials from the southern province of Songkhla are reported to be infected with Covid-19, putting about 70 others at risk after close contact with the officials. The provincial communicable disease committee made the announcement today.

The new cases, both officers working at the Sadao border checkpoint, brings the tally in the province to 39 after 2 weeks with no new infections.

The first of the new infections was detected on Monday, an officer returning from visiting relatives in Pattani. He was sent to Songkhlanagarind Hospital for treatment. The second tested positive this morning and was admitted to the same hospital.

The first officer had close contact with 10 provincial police officers: a lieutenant colonel, 3 captains and 6 with the rank of senior sergeant-major. All 10 have been placed in home isolation for 14 days.

About 60 others at the Sadao checkpoint have also been classified as being at risk. Samples have been taken from them for testing at the hospital.

Study finds no benefit from hydroxychloroquine for Covid-19 treatment

Thai citizens are flooding back through land borders