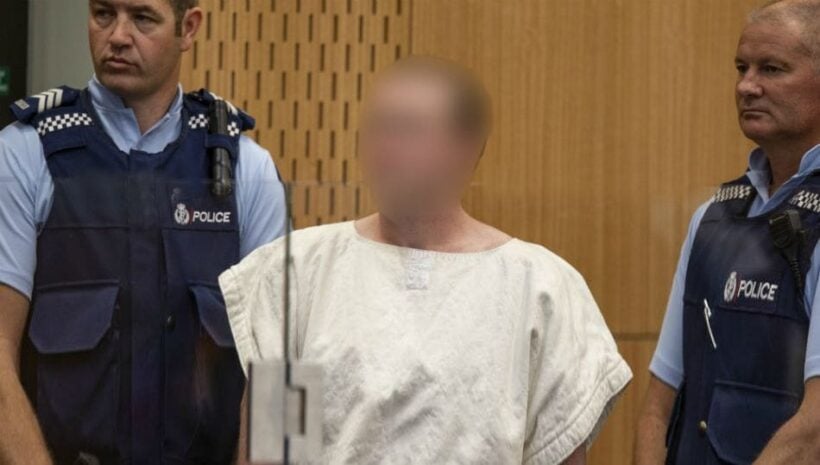 A 28 year old Australian man smirked as he walked into the Christchurch District Court in New Zealand’s South Island this morning, charged with murder after a carefully planned mass shooting at lunchtime prayers at two mosques.

The public was banned from the courtroom for the proceedings, but an angry crowd waited outside the court building.

Brenton Tarrant was brought to court by armed prison officers into the heavily secured central city courtroom, packed with local and international journalists.

According to reporters, the man kept turning towards the media and ‘smiling’. They report the man was ‘eerily calm’ during his appearance.

He has initially appeared on one charge of murder but is expected to face further charges. In New Zealand a murder charge carries a maximum penalty of life in prison.

Press from all over the world gathered in the courtroom, but the general public was banned.

Meanwhile, 18 year old Daniel John Burrough of Christchurch has been charged with intent to excite hostility or ill will against any group of persons on the ground of the colour, race or ethnic or national origins.

The alleged mass slaughter of Muslim worshippers at Friday prayers at the Al Noor and Linwood mosques, in central Christchurch, left 49 dead and more than 20 injured.

41 people died at Al Noor Mosque, seven at the Linwood Mosque and another died after being rushed to hospital.

UPDATE: Christchurch massacre – The mind of an alleged mass murderer