The Thailand Film Office (TFO) reported 2022 was a record-breaking year for the Thai movie industry despite a sluggish start to the new calendar year because of the Covid-19 pandemic.

The TFO compiled a list of impressive statistics for filming foreign movies in the Land of Smiles for 2022.

It recorded that film crews shot 348 different types of movies and generated a record-breaking 6.4 billion baht, the highest since the TFO collected foreign film shooting statistics in Thailand.

The TFO says this reflects the confidence in the potential of filming locations in Thailand, the ability of the Thai movie industry team and the measures to build motivation for the filming team.

The Thai Cabinet last year approved a budget of 212 million baht to support the foreign film industry in Thailand and introduced a series of incentives.

Prime Minister Office spokesperson Trisuree Trisanakun believes that the incentive measures were worth paying for and benefited the country. The budget is invested in locals and the businesses surrounding each film location. 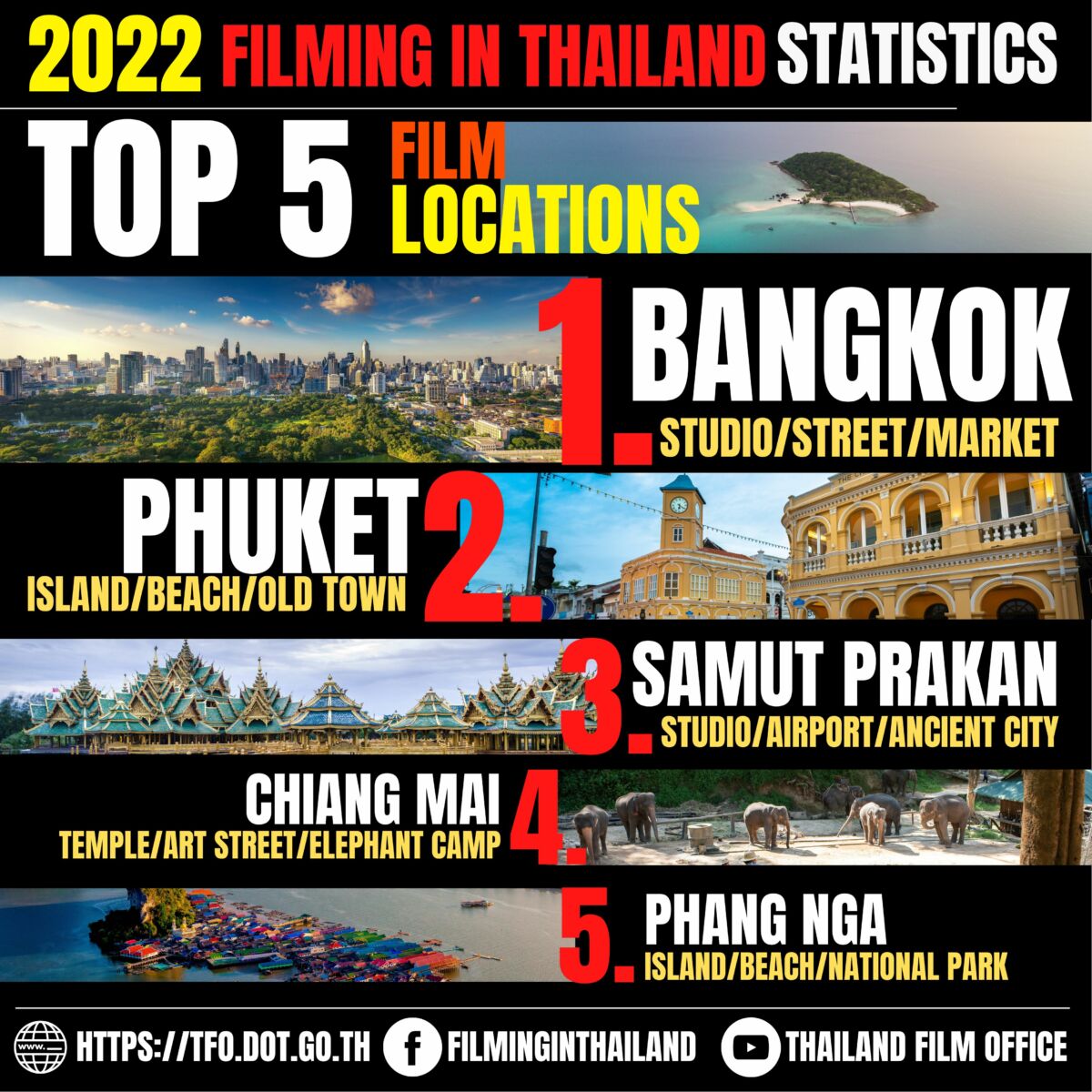 Thailand remains a popular filming location for foreign producers due to its diverse geography, historical sites, natural beauty, and rich culture, as well as government incentives. 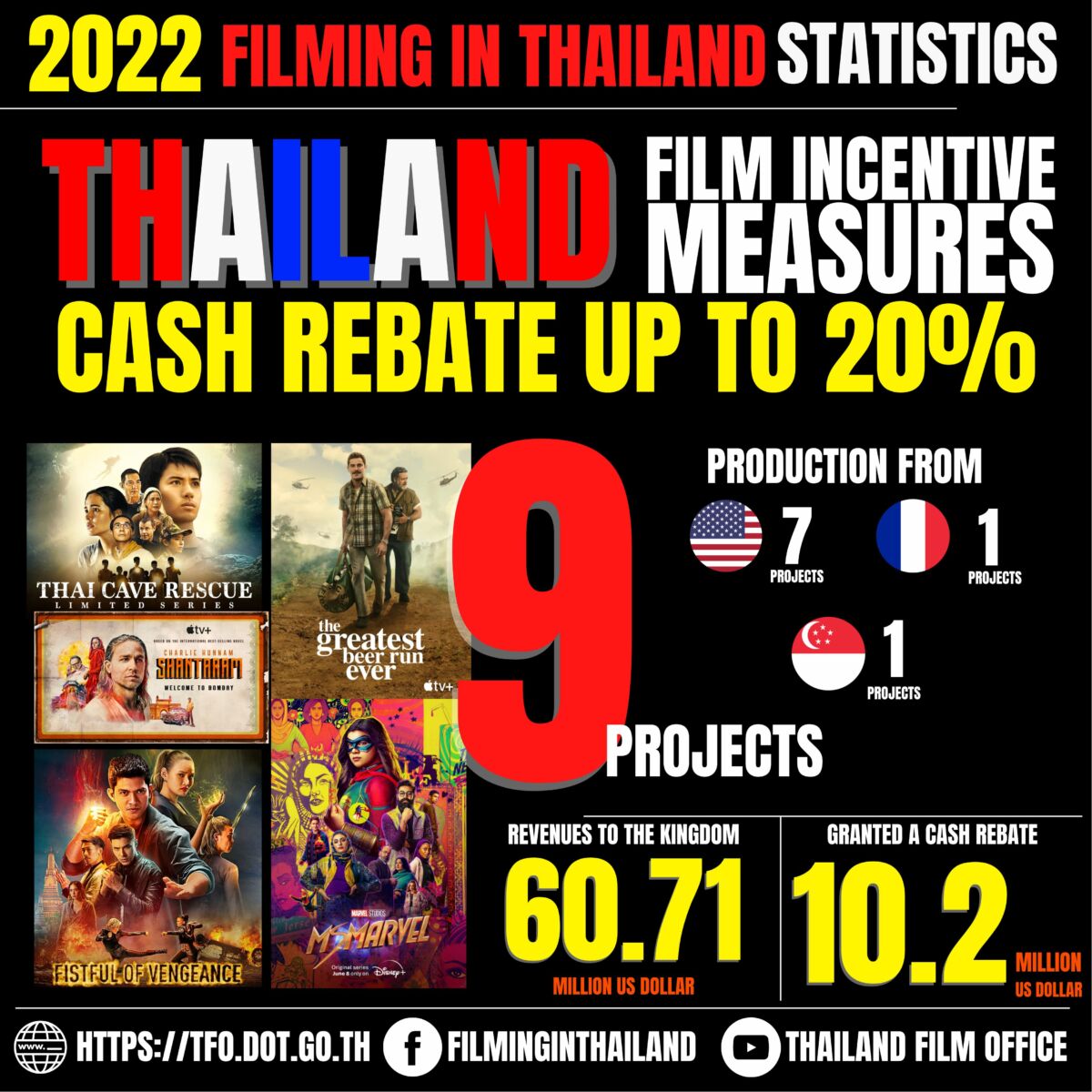 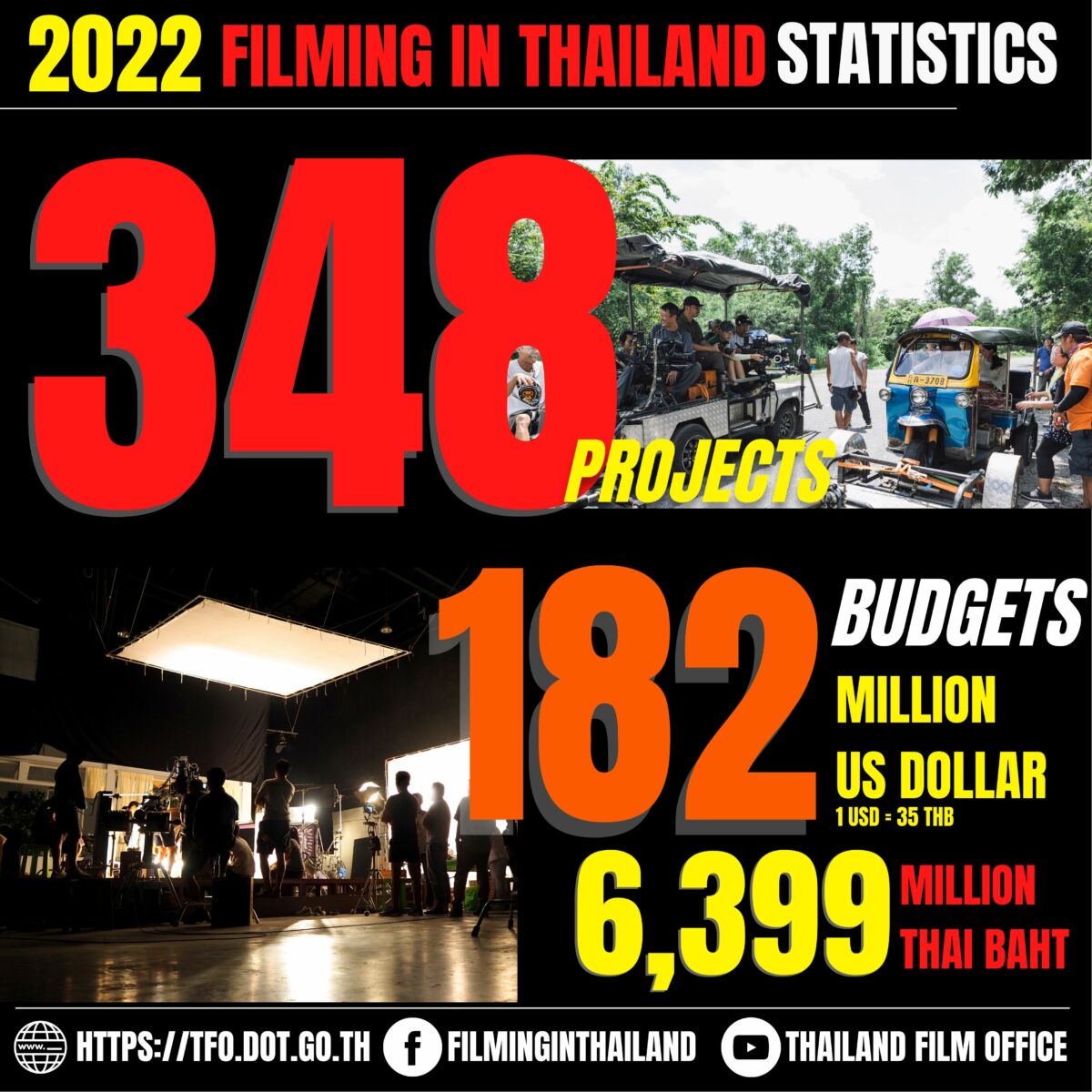 Soidog
Surely the headline is wrong here. This is not the “Thai movie industry”. It’s the “Foreign Film Industry in Thailand” The headline leads you to think it’s a surge in Thai movies being made, it’s not the case. I guess…

Covid-19 vaccines available throughout Thailand, plans for vaccination centres in every province