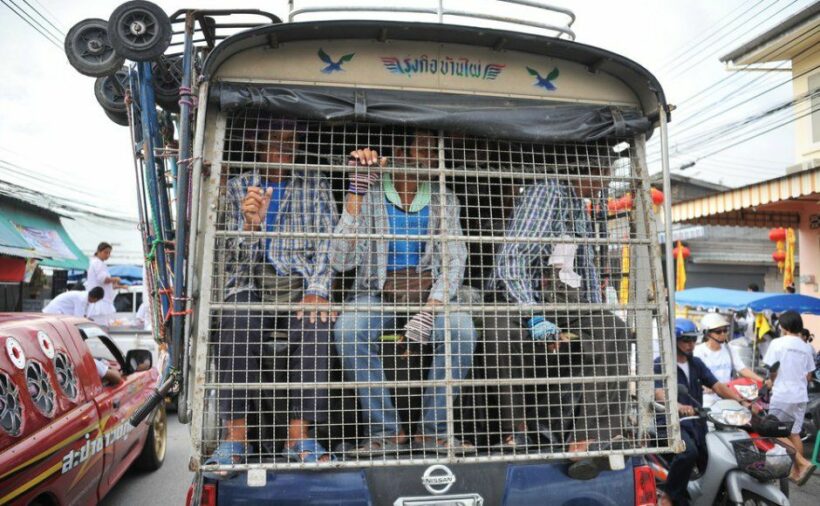 A Songkhla man has been arrested for allegedly being a member of a human trafficking ring that has been smuggling Burmese migrants into Malaysia across the southern border.

60 year old Thammasak Boonyarit  was arrested at a house in Songkhla’s Hat Yai district under an arrest warrant issued by the Chumphon Court. The arrest was made a day after Hat Yai police intercepted an attempt to smuggle 15 Burmese migrants in Hat Yai.

A pickup truck carrying the migrants was stopped on the Asia Highway in Ban Na Khuan village in Tambon Khuan Lung in Hat Yai.

Police discovered that Thammasak was allegedly part of a ring and played the role of driving Burmese migrants from Nakhon Si Thammarat’s Cha-uad district to the border in Pattani or Narathiwat, where they would then be smuggled across the border into Malaysia.

Another ring member would drive the Burmese migrants from Prachuap Khiri Khan to Nakhon Si Thammarat, according to police. Thammasak is denying the charges.