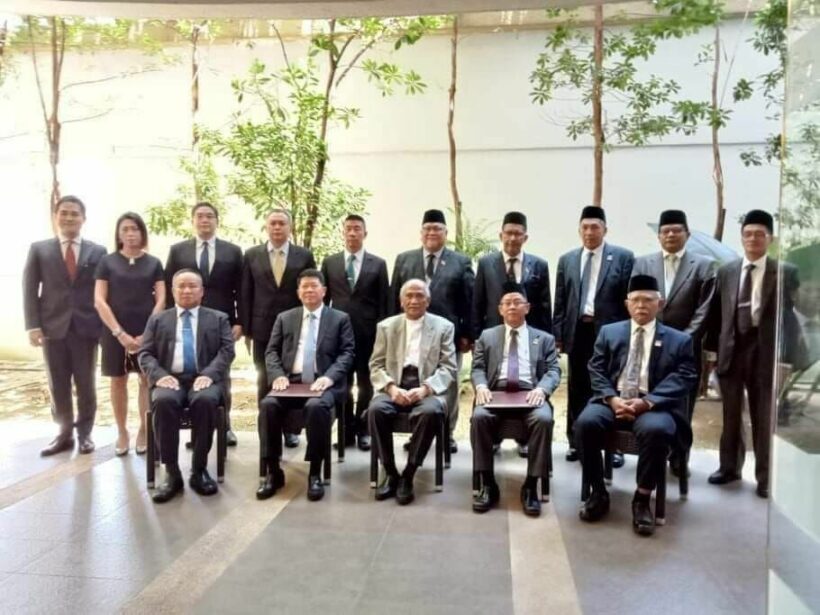 The Thai government and the most influential rebel group in Southern Thailand have agreed to stop violence for 40 days, from April 3 – May 14, for the holy month of Ramadan and the Songkran holidays. For the first time in the decades-long conflict, unarmed rebels will be allowed to visit their families during Ramadan. The agreement was made at the fourth round of peace talks between the warring sides held in Kuala Lumpur from March 31 – April 1.

Malaysia facilitated the fourth round of the Peace Dialogue Process between the Thai government and the Barisan Nasional Melayu Patani, or the BRN. The BRN, established in 1963, has become the most active rebel group in the violence that began in 2001 in Southern Thailand. A BRN representative said “both parties have agreed to stop the violence” until May 14.

Low-level insurgency related violence has plagued the three Southern border provinces of Yala, Narathiwat and Pattani (and some parts of Songkhla) for decades. The rebel groups call the area “Patani” after the Patani Kingdom which once covered the area. The area has been governed by Thailand (previously Siam) since Siam’s invasion in 1786. The three provinces were incorporated into the modern Thai nation-state when the first maps were drawn up around 1900. Siam deposed of the last raja of Patani in 1902 in a bid to assert full control of the area.

Significant violence began again in 2001, and again in 2004, and has not stopped since. While exact figures are unknown, it is estimated that the violence has claimed the lives of more than 6,500 people and caused around 12,000 injuries since 2004, according to the Bangkok Post. Read more about the history of the insurgency here.

Leader of the BRN delegation Anas Abdulrahman said the 40-day ceasefire is “to create a peaceful and prosperous atmosphere for the Patani community in particular and a confidence-building process between the two sides to create peace.”

The Thai government agreed to a request from the rebel side that “BRN members can return home to spend time with their family during Ramadan” without fear of arrest so long as they do not carry weapons home or carry out any attacks, which they agreed to. The Thai authorities will also allow BRN members in prison to be with their family members during the Muslim festival of Eid on May 1 and 2.

The Thais agreed not to arrest BRN members or conduct raids during the ceasefire. However, the Thais did not explicitly agree to “no violence” as they said they would retaliate if provoked.

“I pray for eternal peace. The military and the BRN should be able to control their men and honor the ceasefire. They are key players in the Deep South violence,” said Yaowadee Doloh, a resident of Yala province.

In theory, the ceasefire could be a sign of significant progress towards long lasting peace in the area. However, according to Thai officials, one of the members of the BRN panel at the peace talks was shot and wounded in Yala town on March 31, the first day of the peace talks. The BRN condemned the shooting via Facebook and said it had nothing to do with the peace talks. A Thai army spokesman said the Thai authorities are investigating the motivation of the shooting. The day before, two policemen were killed and two others injured in a roadside bombing in Yala.

AdvocatusDiaboli
17 minutes ago, Thaiger said: The Thai government and the most influential rebel group in Southern Thailand have agreed to stop violence for 40 days, from April 3 – May 14, for the holy month of Ramadan and the Songkran…
Ramanathan.P
This is a good initiative by both the countries to ensure peace and stability at the border regions. If they can have it for 40 days, it is pretty sure they can extend it to 400 days and eventually 4000…