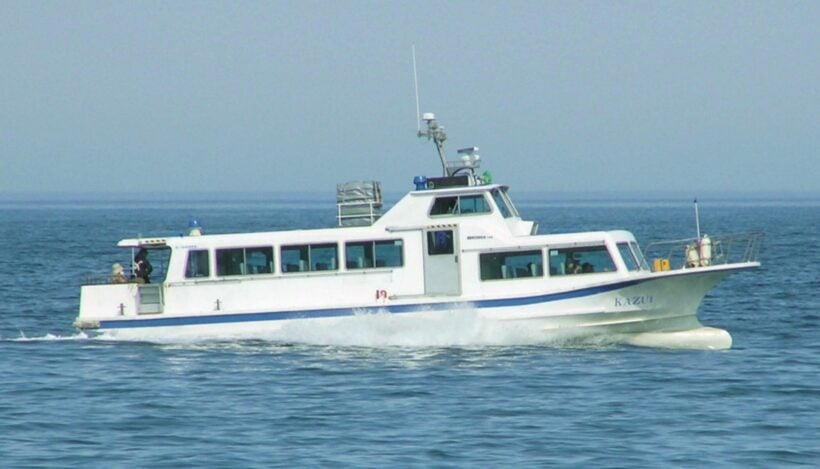 A tour boat with 26 people on board sank off the coast of Hokkaido in Japan on Saturday. Authorities have confirmed the deaths of 11 passengers and rescue teams are still searching for the remaining 15 passengers. Given the near-freezing temperatures of the water, rescuers fear the death toll will wise. Scientists say the boat shouldn’t have been operating in such poor weather conditions.

The boat left the town of Shari to cruise down the Shiretoko Peninsula at around 10am Saturday morning and reported that it was tilting around 30 degrees before losing contact with its operator at around 2pm. The ‘Kazu I’ boat sank in the waters of Kashuni Falls, a popular and scenic tourist destination.

Yesterday, Japanese authorities confirmed the deaths of 11 passengers on board the boat. Among the dead were 7 men, 3 women and a 3 year old child. The bodies discovered were found in the waters or on nearby rocks yesterday.

At around 11:10pm yesterday, the body of a 3 year old girl was found by a patrol vessel about 15 kilometres east of a lighthouse at Cape Shiretoko World Heritage Site. High waves and strong waves were observed on Saturday in the area. The water temperature is thought to have been 2 – 4 degrees Celsius.

“Just a few minutes in that sort of water would start clouding your consciousness,” said a Japanese official of a local fishing cooperative. Many fishing boats from the cooperative turned back to their ports before noon on Saturday because of bad weather, reported the cooperative.

The crew on the Kuzu I “could have decided to come back. They might have tried too hard because it’s tourism season,” a local inn operator reported.

The vessel was crewed by a 54 year old captain and a 27 year old deckhand. All passengers were reportedly wearing life jackets.

The same vessel collided with a floating object last year in May, injuring three passengers. The boat also ran aground in June, leading the coast guard to report the boat’s captain to prosecutors.

Some local residents who knew the captain said that while he was a hard worker, they were worried about his inexperience. Apparently, lots of captains had recently left the company and this particular captain had been swamped with work. The deckhand only started working at the company this year, they said.

“They should not have left port. It was a human-made disaster” said Yoshihiko Yamada, a professor at Tokai University’s School of Marine Science and Technology. “On what grounds did the company give a green light to operate? They should have had the courage to stop.”

The First Regional Coast Guard Headquarters and the Self-Defense Forces are continuing to search for the remaining missing 15 passengers using patrol vessels and aircraft.

HolyCowCm
Cold water an a Captain that made bad decisions. What a nightmare. For here in Thailand, at least the water is warm.