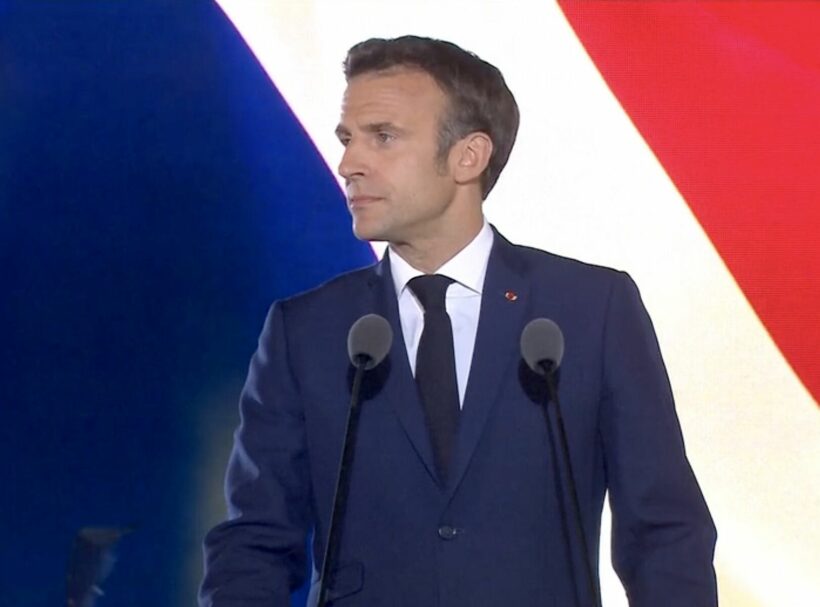 The margin is closer than their last face-off in 2017, when Macron won by more than 30 percentage points. This time the margin was significantly reduced, signaling a growing discontent with the reelected president, despite another comfortable win over Le Pen, who ran on a platform aimed at working class families and bringing down the cost of living.

In his victory speech, Macron quickly acknowledged that many had likely voted for him not because they genuinely support his policies and ideas, but because they didn’t want the far-right alternative, Le Pen, who’s nationalist and eurosceptic tendencies have proven unpopular with the majority of French voters.

“I also am aware that many of our compatriots voted for me today not to support my ideas, but simply to build a barricade against the ideas of the far right.”

“And at this point I would like to thank then and tell them that I am aware that this vote gives me great duty for the next few years.”

“I am a custodian for their sense of duty, their attachment to our republic and the respect for differences, which have bee expressed over the past few weeks.”

Le Pen has also been a critic of the European Union, saying it has alienated those who want international stability while war in nearby. It was Le Pen’s third crack at France’s top office.

In the end, Macron’s platform proved more palatable, if not more favourable, among French voters, many of whom didn’t vote for him out of agreement with his policies, but to prevent a far-right president from taking office.

Le Pe had pledged to hold a referendum on immigration and ban headscarves in public places, which Macron said during their televised debated would lead to civil war in France.

According to PBS News Hour, Macron painted himself as an international statesman, “who can offer substance abroad and be all things to everyone at home.”

“No one in France will be left by the wayside.”

Noble_Design
Goes to show that sometimes the pen is not mightier than the macron
Guevara
The French are still in the dark ages when perish the thought a woman being President. In addition, they are not too happy about the extreme right taking control. For the time being they will have to endure Merkel's former…

23RD
Talking about Turkeys voting for Christmas.
Alavan
French didn't vote for Macron, they voted against Le Pen. Chosing the lesser bad.
TWS60
Not French but good, nice to see the Right Wingers get kicked to the curb, which is right where they deserve to be.