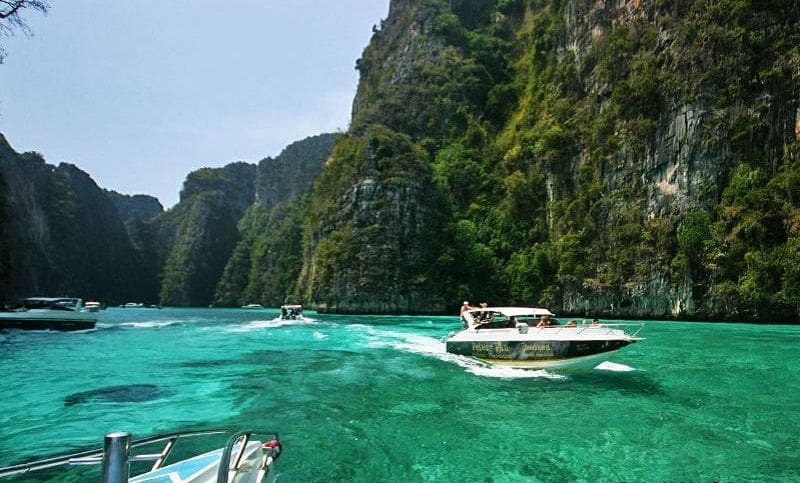 The Phuket Marine Office has lifted its ban on boats leaving port.

The lift means than fishing boats, commercial vessels and tour boats will now again be able to head off from Phuket, Krabi and other ports to the offshore islands, and stranded tourists and passengers, stuck on the islands when the ban was imposed on Thursday afternoon, can continue with their journeys.

The Thai Government took precautionary measures on Thursday and asked some Marine National Parks to close as well as insisting that marine authorities ban vessels from leaving port. Tourists were stranded on a number of islands but Marine Office vessels helped evacuate some tourists from nearby islands on Friday morning.

A boat from the Department of Marine and Coastal Resources Phuket Office was sent on Friday morning to pick up tourists from Koh Racha and bring them back to Phuket.

UPDATE 9.15am: The Thaiger has been advised that all dive shops were told via email yesterday that Similan and Surin islands are still closed today.

UPDATE: 11am: Sunday morning the Surin and Similan Islands were reopened to tours and the public.

Leo returns to ‘The Beach’