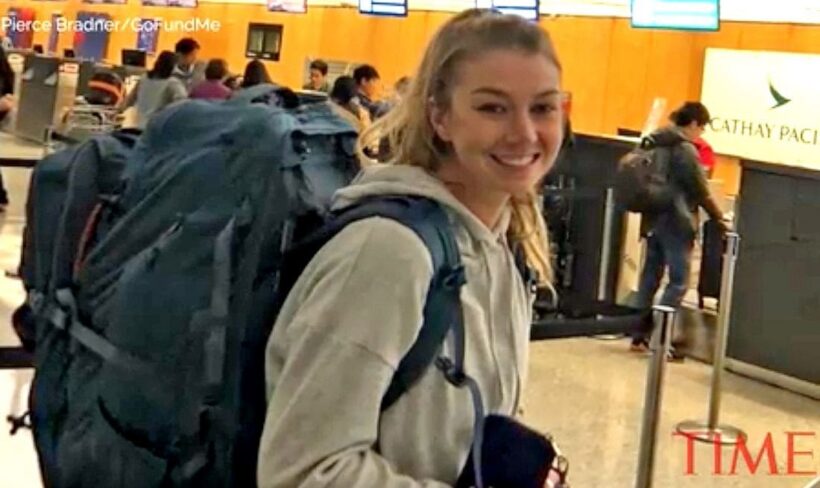 Caroline Bradner woke up on the morning of December 22 in Thailand. She couldn’t move and found herself paralyzed from the neck down.

Bradner, a recent graduate of University of Mississippi, had been living in Surat Thani on Thailand’s southern peninsula teaching primary school English for two months when she started feeling weak.

South China Morning Post reports that Bradner was diagnosed with ‘Guillain Barré Syndrome’, a rare disease that causes people’s immune system to attack their nerves and can cause paralysis lasting months or even years.

As seems to happen with many of these cases, Caroline’s family found that her travel insurance wouldn’t cover her costs of repatriation where she would require special seating and assistance during the flight.

Now, after a GoFundMe campaign by her family raised over $76,000, she is heading home to her family Virginia, US, following her stint teaching kids English in Thailand.

Here sister said that she started feeling symptoms the day before.

“Just the day before, she started feeling weak and it became hard for her to walk”

“What started as muscle weakness in her abdomen, worsened into paralysis over the course of two days.”

Read the rest of the story from South China Morning Post HERE.