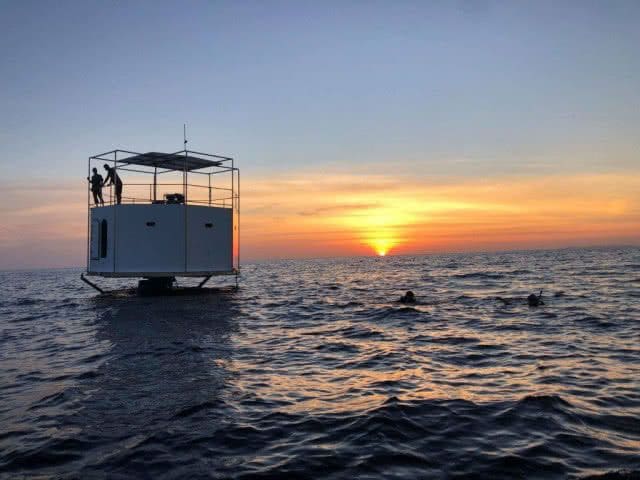 A Thai couple has successfully set up a ‘Seastead’ near Phuket.

Seasteading is aiming to build floating societies with “significant political autonomy”. Nearly half the world’s surface is unclaimed by any nation-state, and many coastal nations can legislate “seasteads” in their territorial waters (like a “homestead” but wetter).

The nation TV reports that website ‘Bitcoin.com’ and ‘Ocean.builders’ report that the Thai couple Chad Elwartowski and Nadia Summergirl are are the first seasteaders who established a small seastead 12 nautical miles off Phuket.

Most of the construction of the Seasteading was built on the island of Phuket. The installation in the sea started on January 9.

Mr Elwartowski reveals that the reason that they have chosen to settle near Phuket as the construction price is cheap. The sea is suitable for the establishment as waves are not too high and can attract many tourists.