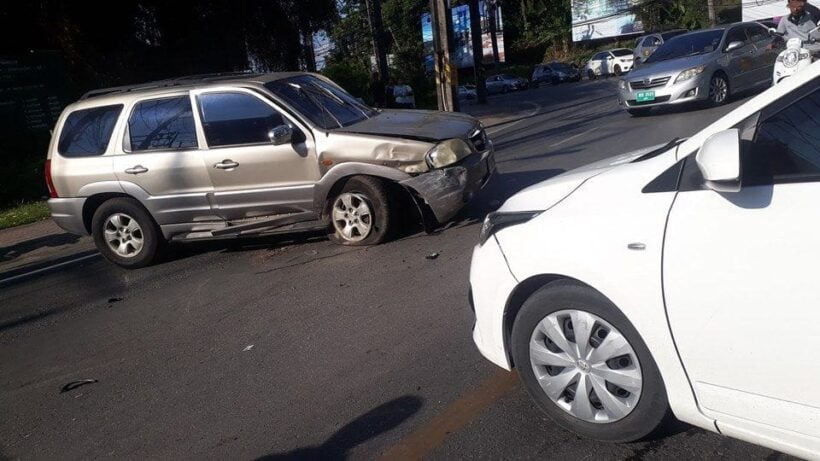 As reports are tallied for the first full day (April 11) of the ‘Seven Days of Danger’ Songkran road and marine safety campaign, no deaths were reported but five people were injured on the island.

According to statistics issued by the Department of Disaster Prevention and Mitigation, Phuket the island saw 4 road accidents on Day One of the campaign, resulting in 5 injuries but no deaths.

Of the 5 injured, two were Chinese tourists and one was a Swedish tourist while the other 2 were Thai.

A 57 year old Swedish male, Eric Mikael Mahlberg, had a motorbike accident when he was a ghost rider (driving on the opposite side of the road against the traffic flow) colliding with a sedan in Soi Bang Pae Waterfall in Thalang yesterday afternoon. He was wearing a helmet. He sustained facial and leg injuries.

Two Chinese tourists on a motorbike also had an accident (no other vehicle involved) in the afternoon in Kamala. One was a 24 year old male Yan Ye, the passenger 38 year old female Zhang Chunli. They were wearing helmets. They ended up with broken their bones in their accident.

‘Seastead’ set up off coast of Phuket