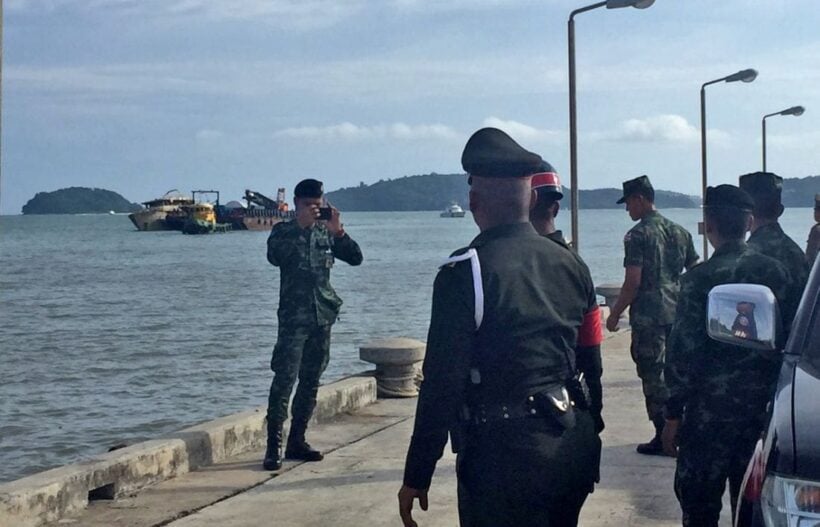 Now that Phoenix has been hoisted, successfully, from 45 metres below the surface of the Andaman Sea, the next phase begins as forensic experts, engineers and naval architect pour over the wreckage to find clues and prepare reports for the forthcoming court cases.

The Tourism and Sports Minister, who has been in Phuket all weekend overseeing the operations, along with Maj Gen Surachete Hakparn, says the probe aims to clarify a number of matters and focus on who can be held responsible for the boat’s sinking on July 5.

The wreckage is now at a boatyard in Rassada, the area is off limits and under 24 hour guard.

At this early stage of the investigation police say the boat was not built to specification and used, amongst other things, an unsuitable converted engine from a 10 wheeler truck. They also mentioned a water pump, used to remove any water from the vessel, to be inadequate and smaller than would have been required.

A number of Chinese media and Li Chunlin, Consul General at the Chinese Embassy in Thailand, were also present during the weekend as the boat was raised and moved back to Phuket for examination.

Khun Weerasak says he hopes Chinese tourism will return to normal after the investigation is complete and the case resolved. He says his office is satisfied with the government’s efforts to get to the bottom of the core issues and implement measures to ensure everything is done to avoid a similar incident in the future.

26 year old Woralak Ruekchaikal, the Thai owner of nominee company TC Blue Dream, the company which operated the Phoenix, and the vessel’s chief engineer Onchan Kanhayothi, were arrested on charges of recklessness causing death and and injury in the week following the tragedy. The chief of Phuket’s marine office was also removed from his post pending the investigation.