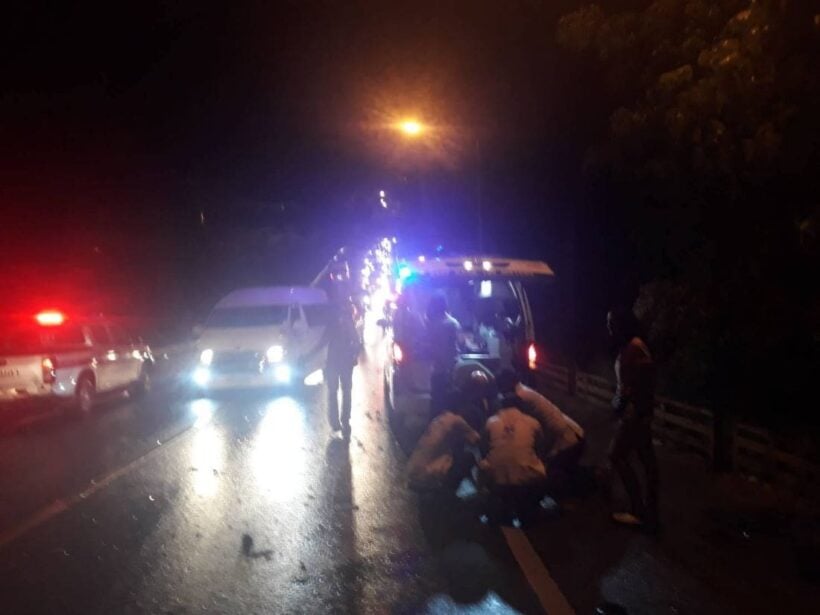 A motorbike driver has died as a result of injuries sustained when his motorbike collided, head on, with a mini van. The man was a UK citizen.

Kamala rescue workers were notified of the incident on the Patong-Kamala road at 20.57 pm last night. The head-on collision happened just near the entrance to Nakalay Palm condo.

Rescue workers arrived at the scene to find a damaged motorbike and a van in the middle of the road. An unconscious, badly injured male motorbike driver was found on the road 50 metres from the motorbike.

The injured man was taken to Patong Hospital where he was pronounced dead. 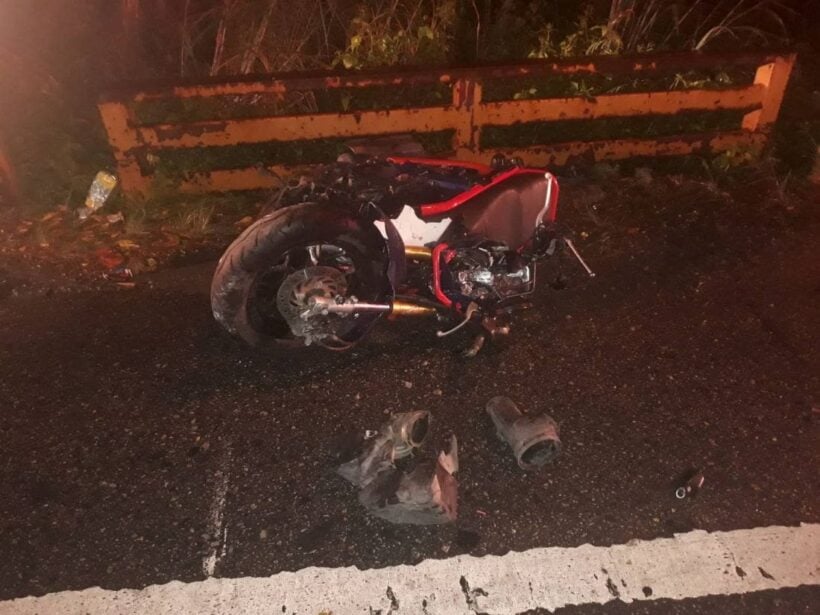 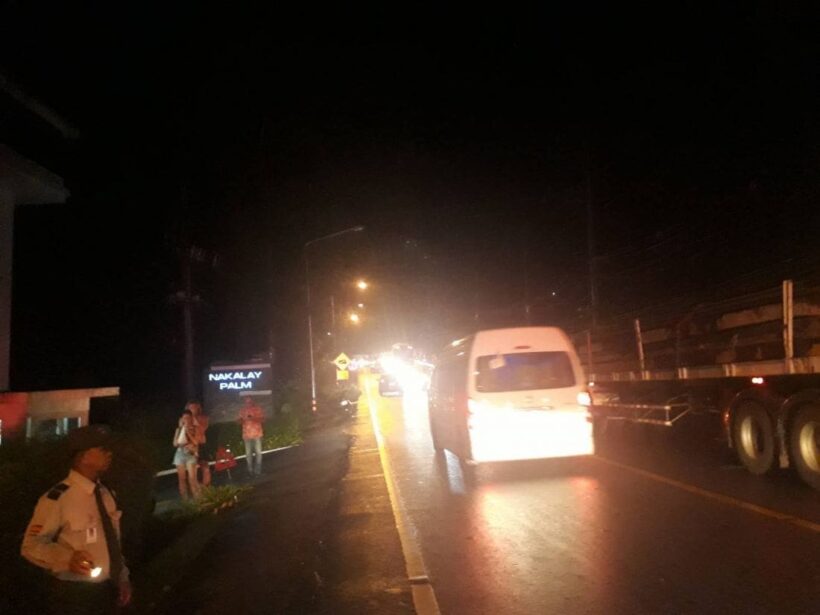