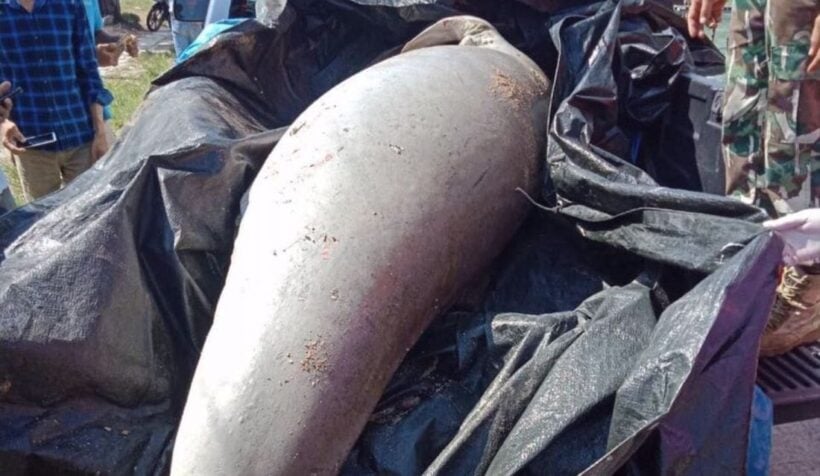 A 300 kilogram dugong has been found dead on a beach in Takua Thung, Phang Nga, yesterday.

The Department of Marine and Coastal Resources (DMCR) is reporting that they have been notified from the national park officials in Phang Nga that a dugong was found dead near a cave at Koh Panak in Takua Thung in Phang Nga.

The female dugong is estimated to weigh around 300 kilograms and was nearly 3 metres long. The body of the dugong has been taken to the Phuket Marine Biological Centre (PMBC) to examine the cause of death. 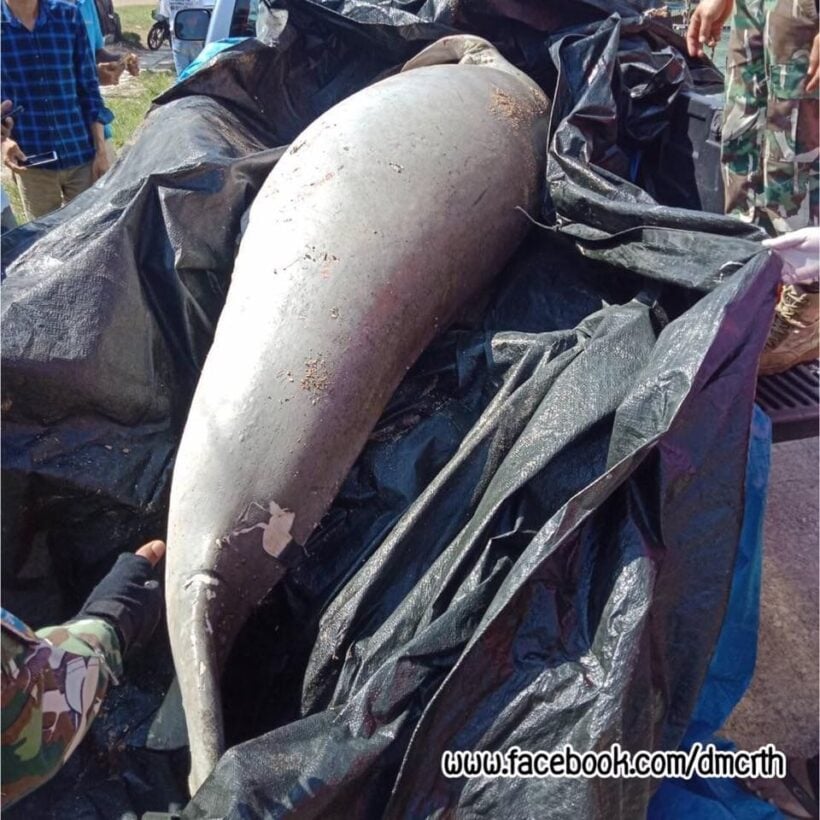 Motorbike rider dies in head-on between Patong and Kamala – VIDEO