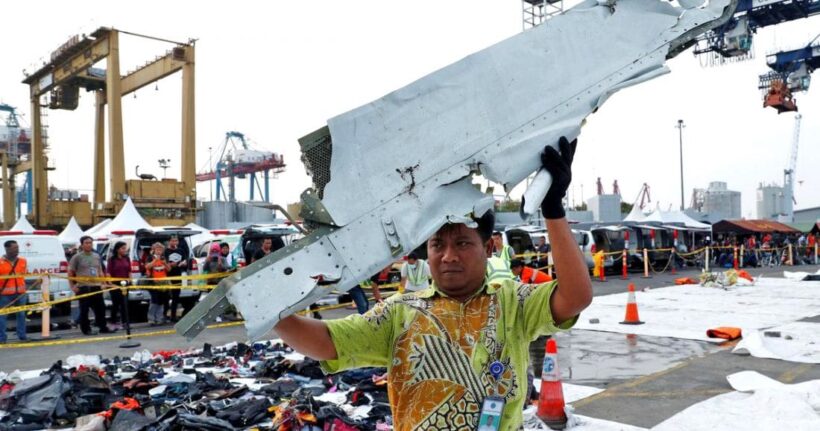 If you get into a car that has had, and officially logged, malfunctions over the past four outings – all critical malfunctions to the correct operation of the car – would you start the key and head out into the traffic?

That appears to be what Captain Suneja, and his co-pilot on Flight JT610, did as the sun rose on Monday, October 29 in the fatal Lion Air crash into the waters off Jakarta.

In the four preceding flights investigators now know there was a persistent problem with systems – either instrumentation or software, or both – that measured the plane’s angle-of-attack – the relationship between the angle of the air flying over the wing vs the plane’s airspeed. Too high an angle-of-attack and too little airspeed could result in a stall, when the plane’s nose would routinely dip down and need urgent attention from the pilot.

Whilst it could be months until we have an exact cause of the events that led to the fatal accident (the investigation will be much easier with the recovery of the cockpit voice recorder), we do know there was some key clues in the flights leading up to the disaster. All point to a preventable crash and the death of 189 people.

The pilot would have read the maintenance logs before preparing for the flight. Why would he take-off knowing that there had been systemic problems with the same plane over the past two days? In the two days before the flight engineers had tried to fix the issue at three different airports. Maintenance staff, the pilot and the airline would have been aware of the problems.

Still, just 13 minutes into the flight, the plane was hurtling, nose-down, engines at full power, into the sea. Hitting the sea at such speed has dislodged the cockpit voice recorder from its usual position, presumed to be be sitting in the muddy bottom awaiting discovery.

There was no distress call, no turn back to the airport. Whatever happened clearly embraced the full attention of the two pilots in mere moments.

Boeing, not mentioning the fatal crash, has issued a global bulletin this week advising pilots to follow its operations manual in such cases.

Bhavye Suneja, the 31 year old Indian pilot, and his 41 year old Indonesian co-pilot, Harvino likely had seconds to decide what to do. They certainly didn’t have time to refer to the jet’s operations manual. As the nose of the plane plunged downwards the pilots, under stress, had to ascertain the discrepancies of their instrumentation with what they could see and experience outside the windows of the cockpit – all whilst considering the passengers and crew sitting behind them, radioing for help and their own survival.

The Boeing operating manual refers to the pilots needing to switch off the power to the stabilisers in the tail of the aircraft that were pitching the plane into an increasingly problematic dive. The series of switches to turn off these systems, and the routine to disable the plane’s stabilisers, was probably not intuitive to the pilots on a new series, highly-automated plane.

Lion Air is also coming under acute scrutiny with a decade of safety-related issues. Boeing and Airbus are struggling to keep up with the demand of aviation growth around the world and the training of new pilots, maintenance, operational staff and air safety regulators appears to be lagging behind.

The smaller, discount airlines are under even greater stress to find competent, trained pilots and usually end up with the pilots with the least hours on their log books. At the same time pilots routinely seek jobs with larger, more prestigious airlines. Captain Suneja had 6,000 hours under his belt before he stepped onto the new Boeing 737 Max 8 jet on Monday, October 29.

“The problem is, the less-desirable airlines are the ones with the least resources that are scraping the bottom of the barrel in terms of human resources,” says Martin Craigs, chairman of Aerospace Forum Asia, an industry advocacy group in Hong Kong.

Lion Air started 20 years ago when an Indonesian travel agent established the budget airline to provide low-cost flights through the many islands of Indonesia. Over the 20 years there have been 15 major safety lapses and pilots complaining about being overworked and underpaid. A former investigator for Indonesia’s National Transportation Safety Committee claims that Lion Air repeatedly ignored orders to ground planes for safety issues.

Since the crash of flight JT610, Lion Air was involved in at least two other minor safety issues. A plane’s wing clipped a pole taxiing on the ground in Jakarta and a flight from Malaysia suffered hydraulic failure after landing.

As the investigation continues to unfold, and details about the incident are revealed, it is clear that a perfect storm of problems were already lined up before the plane dropped its nose and started hurtling towards the sea below.