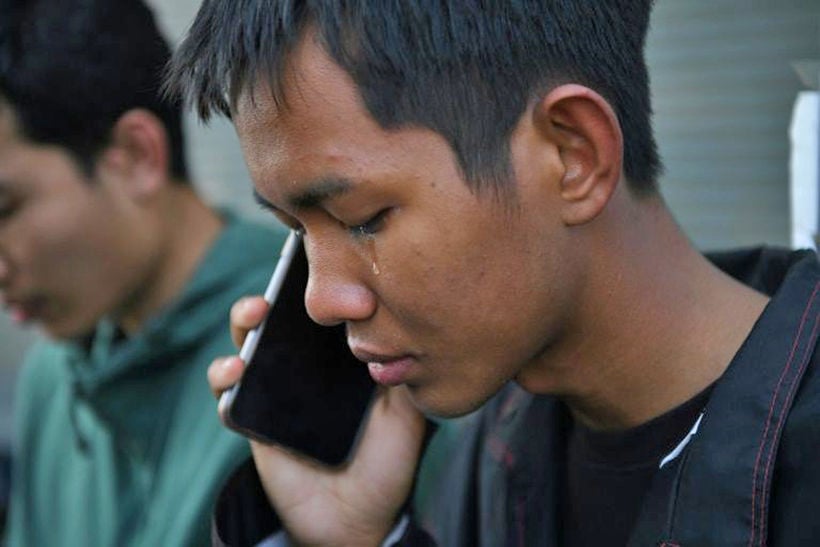 PHOTO: A mourner shed a tear for his fallen friend at last night's vigil in Nakhon Ratchasima - AFP

The death toll from the weekend’s shooting rampage in Korat has climbed 30, with 57 others injured. PM Prayut Chan-o-cha, himself a general, yesterday ordered a review of security at the nation’s armouries.

Prayut said that the ease with which weapons were taken by the gunman after he shot and killed the officer guarding the armoury was cause for concern.

Army chief Apirat Kongsompong says Jakrapanth knew the people at the armoury well and they would have not have expected untoward behaviour from him. An urgent order has been sent out to all army units to adopt stricter security measures, including that bolt carriers of guns in guard post armouries are removed and kept separately by the chief of the post. Under the new measures, ammunition and machine guns will no longer be stored at any guard post.

Prayut, meanwhile, defended the lengthy stand-off, saying the hostages and number of bystanders at the scene forced police to act cautiously to prevent further loss of life.

As for the gunman’s motive, Prayut said he’d learned there was a personal conflict involving a dispute over a house sale with a relative of Jakrapanth’s commanding officer, which arose three days before the incident.

“They would never have thought the dispute would result in this extreme violence because he [Jakrapanth] was normally not evil. But what he has done is wholly evil.”

Just hours before his attack began on Saturday, the Jakrapanth posted on Facebook denouncing “greedy people who take advantage of others,” demanding “Do they think they can spend the money in hell?” He broadcast much of the spree on Facebook Live as well as frequent updates to his account charting the attack from the army barracks in the city to the mall. Some observers are angry he was able to exploit Facebook to draw publicity for five hours before the social media giant pulled his account down.

Meanwhile, thousands attended a candlelight vigil in Nakhon Ratchasima in memory of the massacre’s victims.