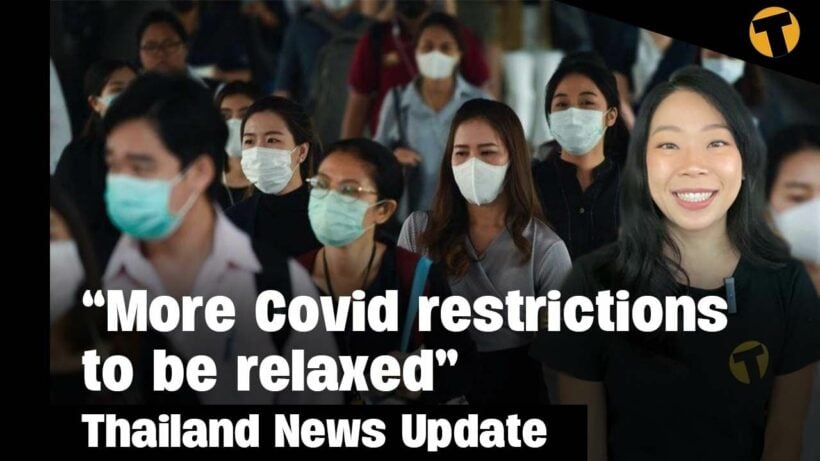 Prepare for some more relaxation of Covid restrictions this week as the CCSA are set to meet to consider dropping some more measures that have been in place to curb the Coronavirus. Dr. Opas Karnkawinpong, director-general of the ministry’s Department of Disease Control, says that Thailand was now moving in line with trends elsewhere in the world. He said yesterday… We need to get people to understand that the number of daily new cases is nothing to worry about. “We’ve lived with the disease for two years already, so it’s about time to move on together. “He said that the home isolation measure for patients with mild symptoms has proved effective in keeping hospital beds reserved for more serious patients. Around the country, some provinces have more onerous restrictions than others, whilst most of the tourist areas have the lightest restrictions, along with the highest daily case counts.

Police are still investigating the shooting of a former Indian gangster who had been deported from Canada 6 years ago. 32 year old Indian Jimi “Slice” Sandhu, was gunned down while getting out of his red SUV around 10pm on Friday night in Rawai, Phuket. Police are seeking two gunman who rushed at the man as he was getting out of his car. The entire incident lasted only a few seconds. It was reported that a maid found the man’s body lying next to his vehicle at 6.30 am, some 8 hours after 2 gunmen were caught on CCTV camera firing up to 20 shots at close range. Chalong Police are investigating who may have heard the volley of gunshots or been near the scene in the intervening 8 hours before the body was found. Jimi Sandhu was a former ‘person-of-interest’ for police in British Columbia, Canada, referred to as a “gangster” who was eventually deported from Canada over a range of crimes relating to local gang activities, and what police described as serious criminality. Meanwhile, Thai police are urging people not to jump to conclusions that the victim was an international crime figure asking people to wait for the findings of their investigation. Police reported that the dead man had 2 IDs on him when they were investigating the crime scene. Despite this, international media have been publishing the alleged victims photos and stories of his colourful past, firstly as a member of criminal gangs around the British Columbia area of Canada, and more recently, across the Asian continent as he travelled frequently between Dubai, India and southeast Asia.

The oil firm that is responsible for leak oil into the waters off Rayong province, from a pipeline on January 25 has now apologised for the spill. Star Petroleum Refining Company Limited, 60% owned by US petrochemical giant Chevron, says it’s now investigating what caused the spill, and it plans to take full responsibility for environmental damage. Last Monday, Rayong authorities and the Royal Navy finished clearing the oil from the shoreline after they worked with 200 local volunteers to mop up the beaches. A committee has since been set up to make sure there is more oil threatening the coastlines along the Gulf of Thailand. The head of the Samet Marine National Park said divers found seagrass, coral reefs, and marine life was now safe in Prao Bay and the marine national park.

Thai PM Prayut wants health authorities to move faster to vaccinate kids 5 years and older, as infection rates have gone up for children in the age group 5 -11 years of age. The PM stressed that the vaccination rate for children is still low… saying that out of Thailand’s five million children, only about 41,000, or less than 1 percent, have even received their first shot. Pfizer vaccines for kids 5-11 just started on January 31, and they are still optional. Kids aged 6 and older will also be allowed to get Sinovac and Sinopharm vaccines after Thailand’s FDA grants approval.

One Phang Nga village community, hit hard by the 2004 tsunami, Baan Nam Khem, has officially opened a museum about the Asian tsunami, and the impact along Thailand’s Andaman Coast. Thailand’s Minister of Culture, who attended the opening, says the museum will educate people about the history of how the tsunami devastated the Baan Nam Khem community, and also bring the community more income and create jobs. He said it would also teach people how to avoid or reduce suffering from any future natural disasters. The Thai PM Prayut also attended the opening ceremony via teleconference. He stressed that even though the tsunami happened over 17 years ago, people affected and their relatives still remember the tragedy and devastation. He also said Baan Nam Khem was the most damaged village in all 6 coastal provinces the tsunami hit. A total of 5,395 died in Thailand, most along the Phang Nga coast. 2,817 remain missing and another 8,000 were injured. A total of 230,000 – 250,000 died in the coastlines around the Indian Ocean during the day of December 26, 2004.

Regionally, vaccinated international tourists will finally be allowed to enter Australia again in March. The country’s borders shut exactly two years before that in March 2020. Skilled migrants and international students were only allowed back in December 2021. But now that Covid-19 cases are down in all states, Australia’s home affairs minister says she’s making the opening a “priority. The home affairs minister said Australia’s economy is still under pressure from Covid-19, and she wants to see foreigners return to boost the country’s important tourism sector. Over 90% of Australians are vaccinated, and 8.8 million booster shots have been given.

The land of the panda, and mass manufacturing, has failed to produce enough panda souvenirs for the Beijing Winter Olympics, that started on Friday. Bing Dwen Dwen, a cuddly panda on ice skates, is the official mascot of the Beijing Games – but people in China are being frustrated in their efforts to buy souvenirs of her. With spectators largely banned from the Games due to coronavirus restrictions, owning a Bing Dwen Dwen souvenir will be the closest most people will get. Chinese media reports long queues at the main souvenir shops in Beijing, with disappointed fans turned away.

Fundok
3 hours ago, Thaiger said: Prepare for some more relaxation of Covid restrictions this week as the CCSA are set to meet to consider dropping some more measures that have been in place to curb the Coronavirus. Dr. Opas Karnkawinpong,…