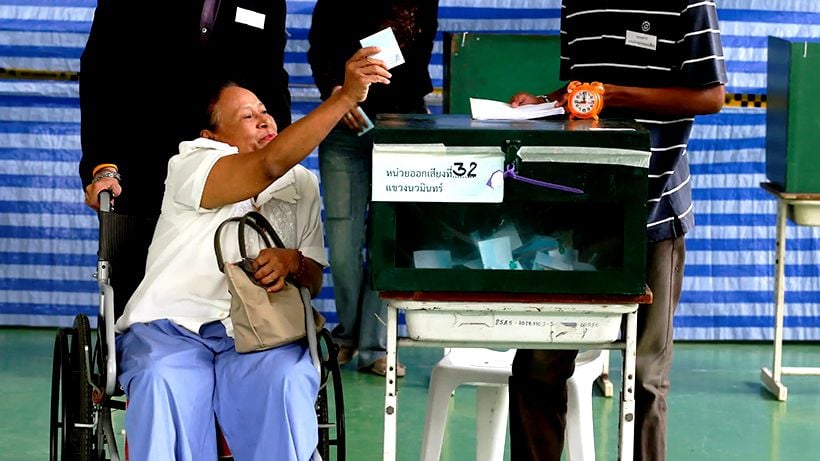 A leaked memo on social media, addressed to election officials in every province, to halt election preparations has now been confirmed to be genuine by the interior affairs Minister.

The internal memo called for “all preparations for election are hereby halted” in absence of the Royal Decree, which was expected around New Year’s Day, but was not enacted by the government.

“Let me confirm again that there will be an election, 1 million percent, no matter which day it would be, and whether it would be sooner or later than we expected. We haven’t seen the Royal Decree for this election yet, so we have to wait for clarity. The Ministry of Interior Affairs is ready to do whatever the Election Commission informs us. There is no other agenda.”

The government says that it is currently waiting for instructions from the Election Commission on how to move forward. But the EC keeps saying that it is waiting for the Government to enact a Royal Decree announcing the election date.

In recent days officials appear to be backtracking on their promise last year of elections being held on February 24.

The recent announcement of a coronation for King Vajiralongkorn from May 4-6 has caused some key governments leaders to speak out suggesting the elections may be postponed to avoid clashes.

The election law stipulates that voting must take place by May 9, 2019.

Protests took place at 5pm on Tuesday on the walkway above the busy Ratchaprasong Intersection with more protests likely be organised as many feel another delay in unacceptable.

For more information on the election check out these stories: