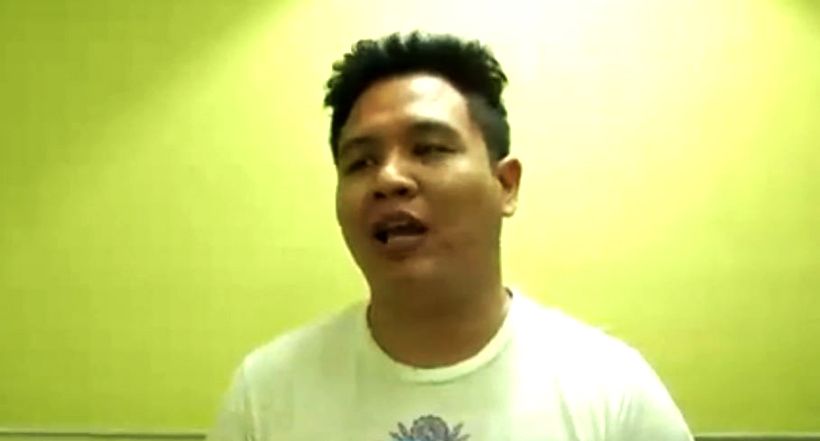 A man from Chiang Mai, in northern Thailand, has shared his story of online blackmail in a Channel 7 TV News report. He says it’s a warning for Thai men to beware of attractive foreign women.

The man, a dance teacher from Chang Khan sub-district, says he was befriended by an attractive foreign woman on Facebook. The woman initiated the contact by sending him a friend request, to which 29 year old Thanadon Patthong was happy to accept.

The pair chatted about dancing, and soon they had exchanged Line application ID’s and continued their conversation.

Screenshots of their Line conversations show the girl being upfront asking the victim “do you like sexy girls?” to which he simply replied “every man likes sexy girl”.

Shortly after the dance teacher was contacted again by the woman who revealed she had made a recording of his face and was going to blackmail him.

The femme fatale wanted 50,000 baht in exchange for not sharing the video with friends and family and having to deal with the shame.

Thanadon decided not to pay and instead went public to help warn others.

During the conversation the woman indicated that she was in Macau, and eventually clarified what was happening by saying that she was ‘not a girl’ but a ‘professional scammer’.

The story on Facebook has gained plenty of responses from other men about similar encounters, apparently falling victim to their carnal needs without their Bullshit Detector functioning properly.