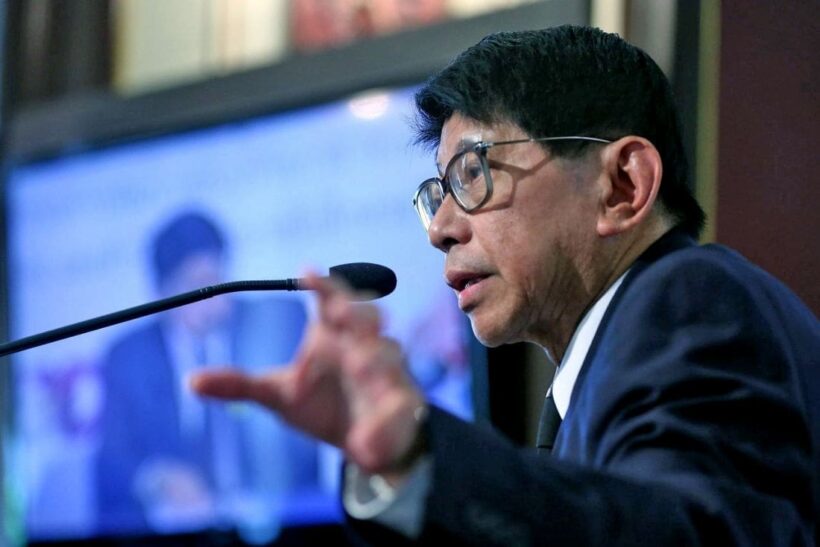 The NCPO has throw a curved ball at the Election Commission, placing the onus on the Commission’s committee to decide the date of the general election whilst taking into account the preparations for the royal coronation ceremony. There’s also been suggestions of a month’s delay from the election’s tentative date of February 24.

Deputy PM Wissanu Krea-ngam yesterday met with the commissioners to discuss how the royal coronation ceremonies, scheduled for the start of May, might affect the rollout of the election date and the milestone events that would follow.

The Coronation in May will be three days long but Wissanu stressed that other preparations could last two weeks before and after the actual coronation ceremony.

Wissanu, the government’s legal expert, however assured reporters that the election would still take place before the Coronation.

The timeline for the election date is guided by the new Constitution, which requires that the vote be held within 150 days of the organic laws coming into effect, he said.

“So, the election would have to be held no later than May 5”, he explained.

“The Constitution also requires that the election results be announced within 60 days of the vote. There might be some overlapping in the preparations for the two major events”, Wissanu said.

If the EC insisted that the election be held on February 24, the poll results should be out around April 24, Wissanu said.

That timetable would require the King to preside over the inauguration of Parliament on May 9, only three days after the May 4 to 6 coronation ceremony, when there might be some post-ceremony activities still to attend to, such as hosting international delegations, he said.

A source close to the government yesterday revealed that the government had suggested the election be put off by a month to March 24. The election results and the setting up of the new government could be determined after the royal ceremony, the source said.

After past heavy criticism that the government was trying to cling to power, Wissanu yesterday distanced the government from any possible delays, saying the matter was the EC’s responsibility.

He said the long-awaited election may or may not be postponed depending on the EC’s ability to organise and announce the poll results.

Wissanu said it might not be easy considering the agency would likely have to deal with lots of complaints, with the possibility of holding by-elections due to confusion over the new election method.

Critics and observers yesterday urged the EC to bring the election forward in order to prevent an overlapping of the two events. But Wissanu explained that February 24 is the earliest date possible for all involved parties and agencies to be ready.

The EC is yet to make any decision on the matter. A source close to the EC said the commissioners would discuss the issue today.

Pabuk: Regular updates throughout today following the storm up the coast