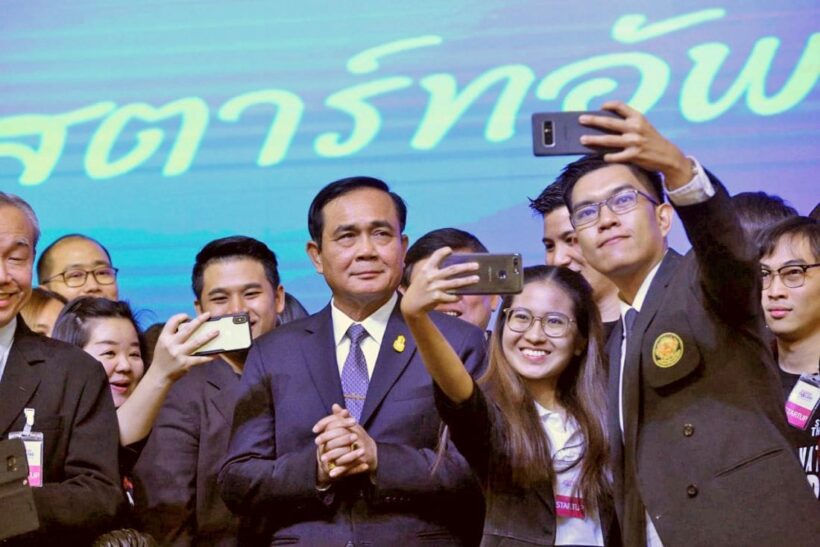 The Thai PM Prayut Chan-o-cha has distanced himself from a claim by his deputy Somkid Jatusripitak that the next head of government would “look similar” to the current one.

General Prawit Wongsuwan, another deputy premier, said Somkid had shared the same thoughts as “many of us” although he would not specify what he thought regarding the matter.

General Prayut was asked to comment on Somkid’s premonition, to which he responded cryptically, “They may look similar but are they the same person?

Deputy PM Somkid, who heads the government’s economic team, said on Wednesday that he “has a premonition that the next prime minister will look similar to the current one”.

The Nation reports that he was delivering his address at a conference attended by business executives and investors at a Bangkok hotel.

Prawit, who is in charge of security affairs, said the junta’s political restrictions would be completely relaxed by early December, to pave the way for campaigning in the run-up to the general election, which has been tentatively scheduled for February 24.

Meanwhile, the Election Commission (EC) is preparing to hold a meeting with political parties on November 22, the agency’s secretary-general Jarungvith Phumma said yesterday.

He said a variety of issues would be discussed at the meeting, including primary voting to select election candidates, campaigning through electronic media and debates on public television stations.

Asked to comment on reports that the government and ruling junta NCPO intend to call a meeting with the EC and parties in early December, Jarungvith said his agency has not been informed about that.

He also said that he expected the EC to designate all the constituencies throughout the country early next week. The senior official maintained that the agency was dealing with the matter carefully and abiding by the Constitution and relevant regulations to ensure fairness to all parties.