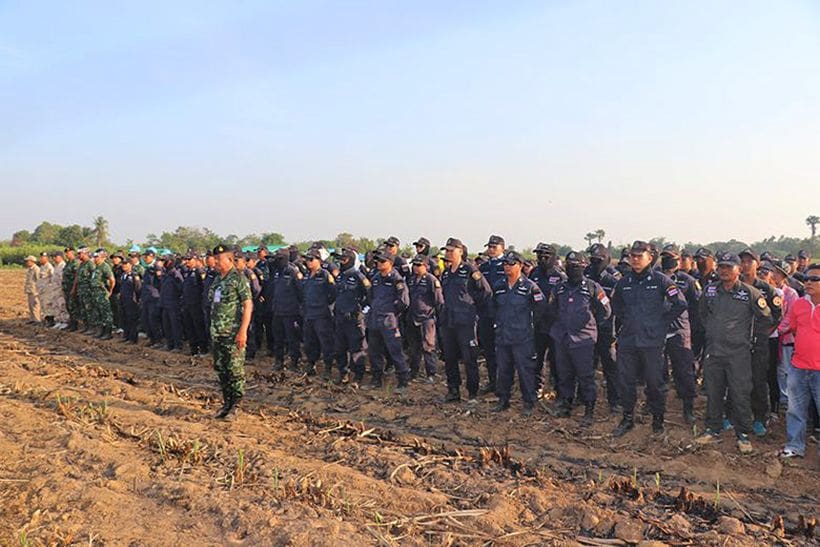 More than 300 people have been involved in a search for a missing two year old as they scoured a 200 rai plantation in Suphan Buri, north west of Bangkok. The boy has been missing since last Monday.

The Burmese boy, named Sului Piew, was allegedly with his three year old sister when they went missing. She has told officers that a man took her brother by the hand and led him away.

Local villagers in the U Thong district have been involved in the search and divers have been searching a large local pond.

The Suphan Buri governor Nimit Wanchaithanawong said yesterday that there still has been no other clues or sightings of the boy to assist officers and volunteers and says that investigating officers are looking at all avenues of other possible causes for the boy’s disappearance. He says they’ve even approached local plantation owners to harvest their produce earlier than usual as the search intensifies.