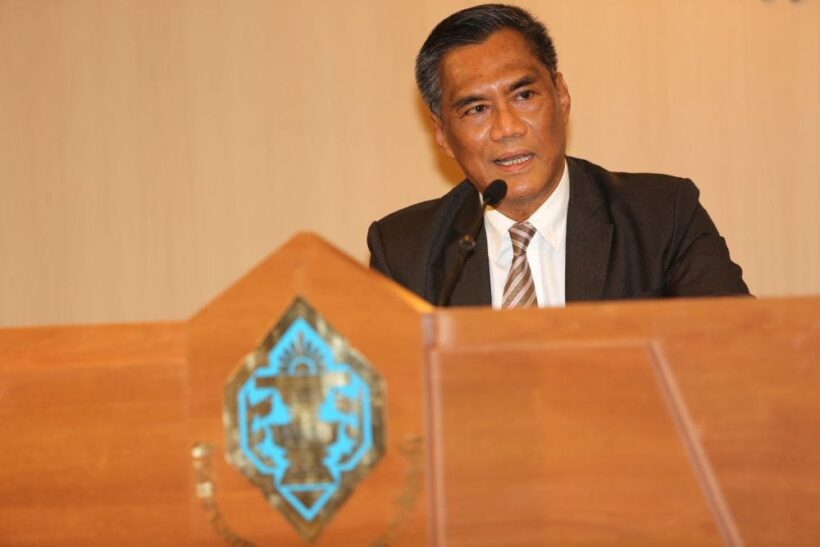 The Election Commission finally announced a date for the long-awaited election. The poll will be held on March 24, but the EC did not indicate if the official results will be declared before May 9. The situation raises potential legal concerns with the timeframe set by the Constitution.

Hours after the Royal Decree on the general election was published in the Royal Gazette yesterday, chief Election Commissioner Ittiporn Boonpracong called a meeting to decide on the polling date, even though by law the EC has five days to make the decision.

The election date has been a much-discussed topic since the junta-backed government handed the “hot potato” to the EC. Now, it is the EC’s responsibility to ensure the polls do not overlap with the coronation of the monarch, which will be held from May 4 to 6, and the many ceremonies before and after the event.

However, most commissioners decided on March 24 as the date, as they had taken into account other poll-related activities, Ittiporn said.

“This is the most appropriate date because it allows us to carry out all the activities in time,” Ittiporn said.

“These activities include the MP application, voting from abroad, as well as the electoral campaign.”

The commission considered other date options, including March 10 that had been floated earlier, but concluded that it would leave them with too little time for pre-election procedures, he said. Allowing 52 days for parties to carry out their electoral campaigns was one factor that they had taken into consideration.

They finally decided on March 24 as the best option, Ittiporn said. Debate continued, however, over whether the election results should be finalised by May 9 – the final day of the 150-day timeframe set by the Constitution after the MP election law comes into effect.

Ittiporn declined to confirm whether the commission could be able to complete the whole process and avoid the risk of unconstitutional polling, which could lead to an annulment of the election.

After the Royal Decree yesterday, the PM’s Office issued a statement asking people to help keep peace and order throughout the election process as well as the coronation ceremony and avoid any conflict that would lead to a political crisis as in the past.